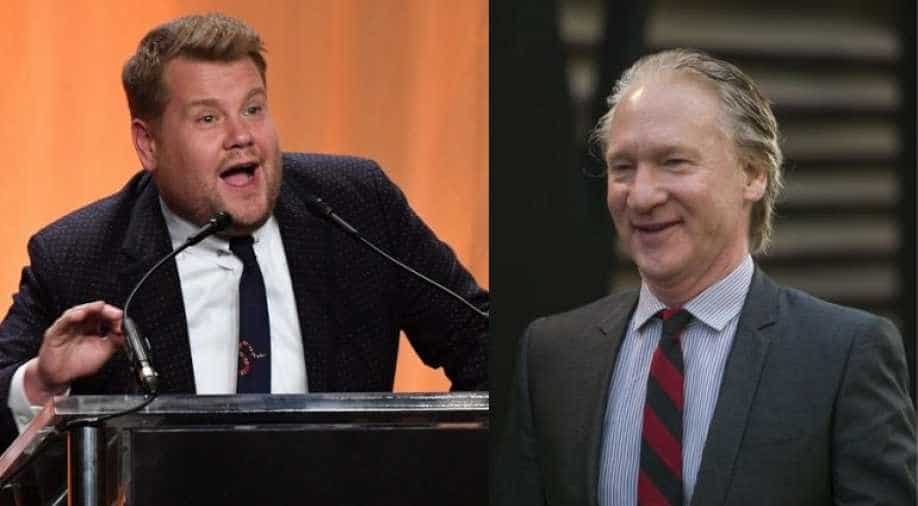 Maher stole a moment during his closing monologue on last week's show to lament on the so-called disappearance of 'fat-shaming' and call for a 'comeback'.

Maher stole a moment during his closing monologue on last week's show to lament on the so-called disappearance of 'fat-shaming' and call for a 'comeback', reported news agency.

"Being fat isn't a birth defect. Nobody comes out of the womb needing to buy two seats on an airplane," Mahar said.

"We have gone to this weird place where fat is good. It's pointing out that fat is unhealthy. That's what's bad. Fat-shaming doesn't need to end, it needs to make a comeback. Some amount of shame is good."

On the other hand, Corden who found the remarks inappropriate told his audience on Thursday night that he felt obligated to 'say something about this', admitting that he himself is 'overweight'.

"I've got to say that anytime I've met Bill Maher in person, he's been nothing but pleasant and kind and nice, which is why I found it so surprising that he or anybody thinks that fat-shaming needs to make a comeback because fat-shaming never went anywhere," Corden said.

Corden acknowledged that being overweight ''isn't good'' and narrated his own struggles of losing weight, calling them as "good days and bad months".

"We're not all as lucky as Bill Maher, you know. We don't all have a sense of superiority that burns 35,000 calories a day," Corden joked.

Corden said Maher is "working against his own cause," pointing out that fat-shaming leads to depression, anxiety and self-destructive behaviour ''like overeating".

"Fat shaming is just bullying, that's what it is. It's bullying," Corden continued. "And bullying only makes the problem worse," he concluded.