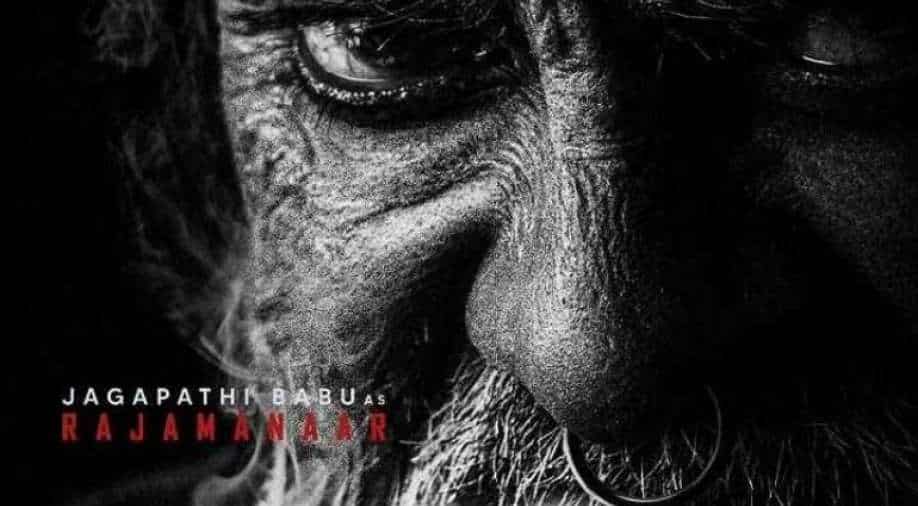 From the producer and director of 'KGF Chapter 1' and 'KGF Chapter 2', comes yet another entertainer titled 'Salaar'

Makers of the upcoming action thriller film `Salaar`, on Monday confirmed that Jagapathi Babu will be playing a key role in the movie that also stars Shruti Hassan and superstar Prabhas.

From the producer and director of `KGF Chapter 1` and `KGF Chapter 2`, comes yet another entertainer titled `Salaar`. Headlined by superstar Prabhas and Shruti, the film is a mass, action, adventure produced by Hombale Films.

On Monday, the makers of the film released an intriguing, new poster of the movie that features Jagapathi Babu in the skin of Rajamanaar, a character who is going to play one of the most pivotal roles in the movie. To pique the interests of fans, director Prashanth Neel teased, "More characters will be revealed as the shoot of Salaar progresses."

After the KGF series, this will be the third collaboration between director Prashanth Neel and Hombale Films. As per an official release, 20 per cent of the shoot has been set in stone and the remaining portions will be canned by February 2022.A new release date is expected to be given out by the end of this year.