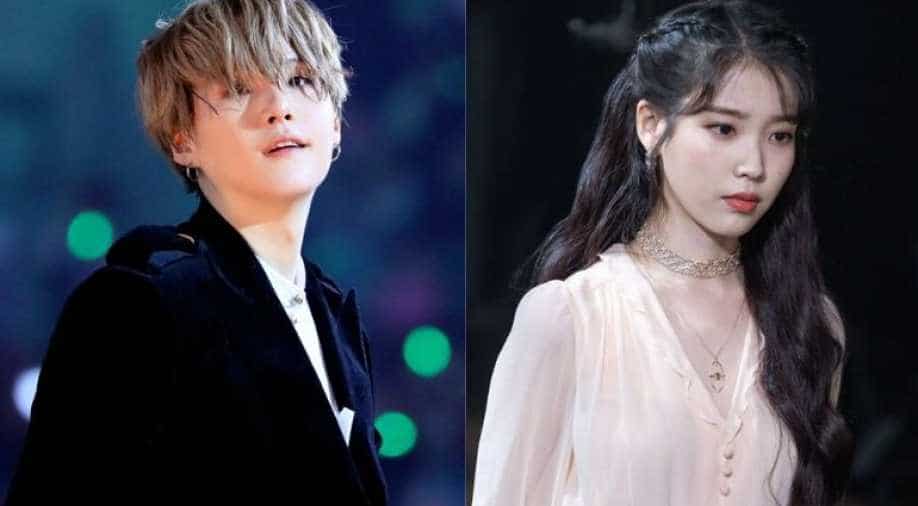 As promised, singers IU and Suga released their new song 'Eight' on Wednesday.

This can be termed as one of the biggest collaborations in K-pop. As promised, singers IU and Suga released their new song 'Eight' on Wednesday.

The pop single is picturised on IU and talks about life as a 28-year-old. Interestingly, IU and Suga are both 28-years-old.
The video is a visual delight with soothing music, much to the delight of the fans.

The video also has a portion in animation with Suga's rap playing the background. The video was shared by IU on her Twitter page.

Soon after the video was shared online, fans started the trend 'IUxSUGA' and one of the Twitter users wrote, "Joon was right when he said eight is a driving song, imagine listening to it driving down a quiet road on a sunny afternoon with the windows down or it playing softly on a late-night drive #EIGHTIsComing #IUxSUGA". Another fan wrote, "that Suga was what I was yearning to hear. the song is beautiful, IU's voice is so pretty and Yooni’s rap is the best!! #SUGA #IUxSUGA #EIGHTOUTNOW @BTS_twt".

Did Sidharth Malhotra confirm his relationship with Kiara Advani on 'Koffee With Karan'?