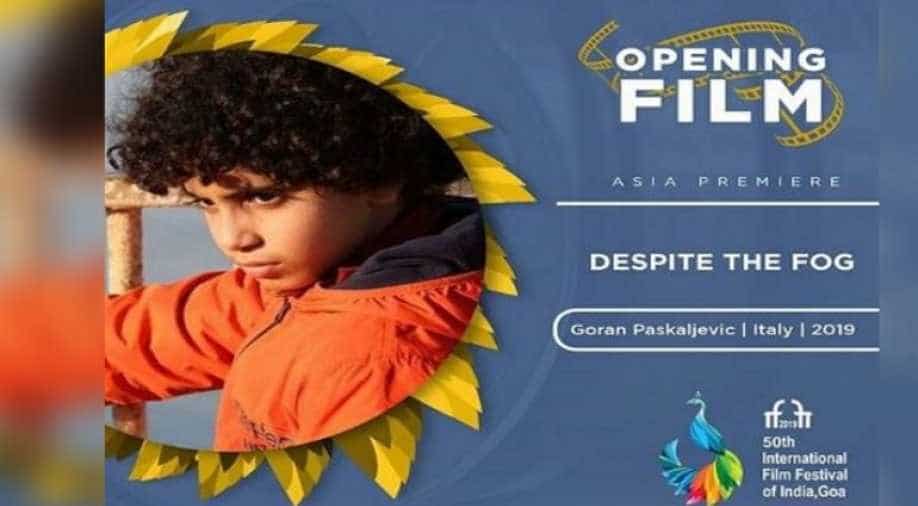 Italian drama 'Despite the Fog' to open IFFI 2019 Photograph:( ANI )

Goran Paskaljevic was marked as one of the world's top five directors by Variety International Film Guide in 2001.

Filmmaker Goran Paskaljevic's 'Despite the Fog' will open the 50th International Film Festival of India (IFFI). Helmed by one of Europe's most remarkable directors, the flick narrates the story of Paolo, owner of a restaurant in a small town in the province of Rome.

On his way back home on a rainy evening, he meets a refugee child, Mohammed, who lost his parents during the trip to Italy on a rubber boat. Born in Belgrade, Serbia, Paskaljevic has made 30 documentaries and 18 feature films, shown and acclaimed at the most prestigious international film festivals such as Cannes, Berlin, Venice, Toronto, San Sebastian, to name a few.

The ace director was marked as one of the world's top five directors by Variety International Film Guide in 2001. He was also conferred with the title of 'Officier des Arts et des Lettres', the most important French decoration in the field of culture.

The 50th International Film Festival of India, 2019 will witness over 200 best films from 76 countries, 26 feature films and 15 non-feature films in the Indian panorama section.

More than 10,000 people and film lovers are expected to participate in the golden jubilee edition. The event will be held from 20 to 28 November in Goa. It is set to inaugurated by Bollywood megastar Amitabh Bachchan.