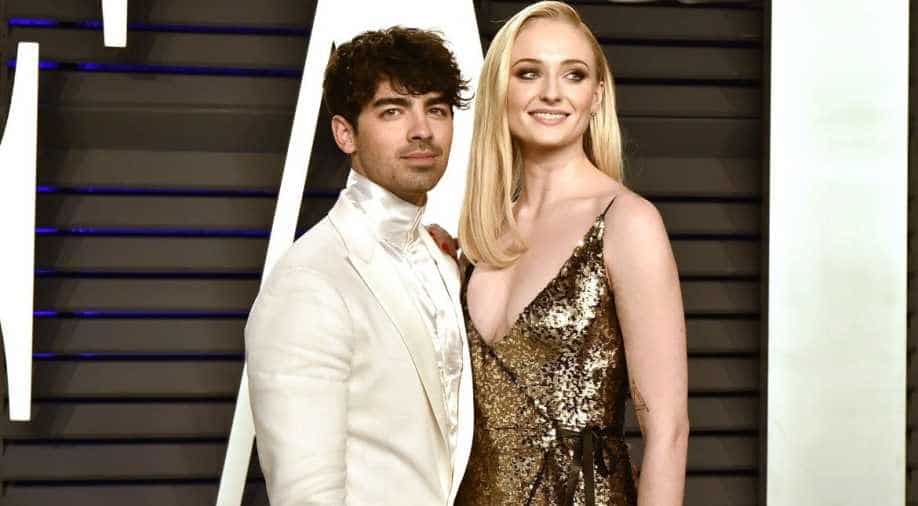 Sophie Turner was recently photographed tenderly placing her hand on her exposed stomach.

Is baby no 2 on the way for actress Sophie Turner and singer Joe Jonas? The couple sparked second pregnancy rumours recently when they were spotted in Los Angeles on Valentine's Day. Turner was photographed tenderly placing her hand on her exposed stomach.

The 'Game Of Thrones' actor wore a white crop top, which she slightly lifted up, drawing attention to her midsection.
She completed the casual look with brown sweatpants, a brown sweatshirt tied around her waist and matching slippers.

Turner walked alongside Jonas, who was casually dressed in a blue jacket, a white T-shirt and jeans while holding their 1-year-old daughter, Willa.

Pregnancy rumours have been swirling around the Turner for days, as she was seen Saturday in a form-fitting green dress that hugged her belly.

She paired the ensemble with white Nike sneakers as she and her husband Joe stopped by All Time restaurant in LA for a bite to eat with friends.

The next day, Turner donned a loose-fitting Eminem tee and baggy pants while attending the Super Bowl with her hubby. The pair sat beside Kim Kardashian's longtime friend Jonathan Cheban as they cheered on the Los Angeles Rams to victory.

The couple got married in Las Vegas in May 2019 and later had an elaborate ceremony at France's Chateau de Tourreau in June 2019. They welcomed daughter Willa in July 2020.