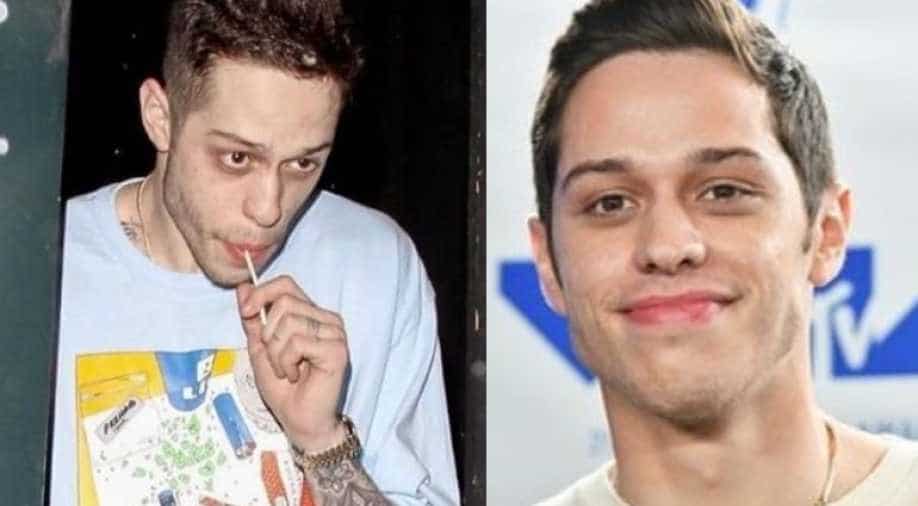 During the interview, the `Suicide Squad` star also addressed his 2020 comments blasting `SNL` as a place where he`s "painted out to be this big dumb idiot."

Pete Davidson had had a successful run at the 'Saturday Night Live' for seven season. The American actor and comedian enjoys huge fan following thanks to the show but it seems like Davidson is thinking of quitting the show.

The comedian appeared in a roundtable with The Hollywood Reporter recently where he hinted that his tenure 'SNL' could be coming to an end.

While discussing castmate Kenan Thompson`s 18-year run on the show, Davidson said, "Yeah, I am good. I am surprised I made it to seven (seasons). I am ready to hang up the jersey. Kenan`s, like, f***kin` Karl Malone out there."

During the interview, the `Suicide Squad` star also addressed his 2020 comments blasting `SNL` as a place where he`s "painted out to be this big dumb idiot."

"I was in a really different place a year or two ago, and I am not exactly proud of how I handled or was handling things a few years ago," Davidson shared during the roundtable, which also included Ben Platt, Ed Helms and more.

"Looking back on it, you`re like, `Oh, come on, dude,` but luckily a pandemic happened, and I got kicked in the balls and had to sit with all of my immature, irrational decisions."

Davidson also mentioned that he was happy when he learnt thatr SNL would be resuming its filming as his mental health was taking a nosedive.

"I was literally sitting in a room with my own thoughts, and I was feeling really bad. I felt really lucky, and I was really excited just to, like, work and see people, and I kind of had a different outlook for this season and kind of moving forward," he said.

The pandemic forced Davidson to reflect and made him "really appreciative" to be working again."Not working at all really sucked," he admitted.