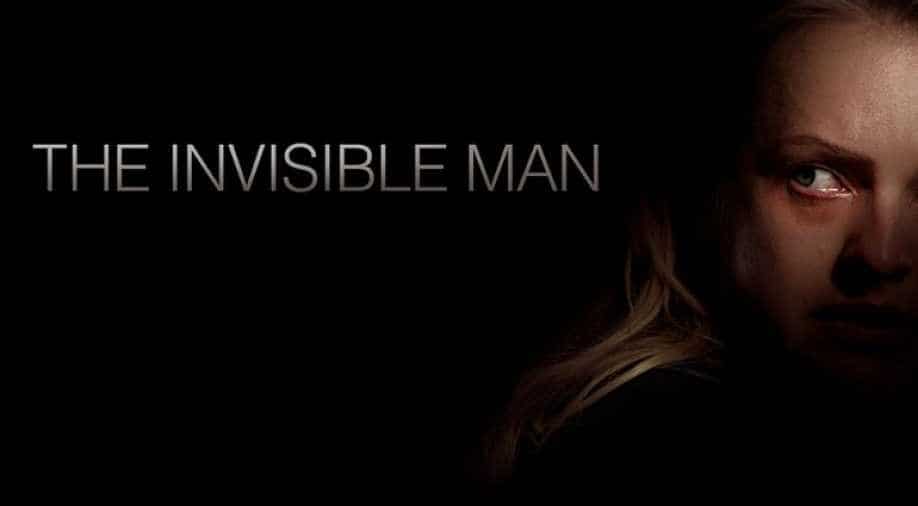 The official poster of 'The Invisible Man'. Photograph:( Twitter )

The thriller stars the visibly talented Elisabeth Moss as the ex-girlfriend of a man (British actor Oliver Jackson-Cohen) who seems to return to haunt her after supposedly committing suicide.

Enough viewers saw "The Invisible Man" this weekend to propel it to the top of the North American box office, with an estimated $28.9 million in ticket sales, industry watcher Exhibitor Relations reported Sunday.

That result for the Friday-to-Sunday period more than justified Universal's bet on a remake of the famous H.G. Wells story -- the studio spent a mere $7 million to produce the film, which has already taken in $20 million overseas and drawn strong reviews.

The thriller stars the visibly talented Elisabeth Moss as the ex-girlfriend of a man (British actor Oliver Jackson-Cohen) who seems to return to haunt her after supposedly committing suicide.

Slipping from the top spot in its third week out was Paramount's adventure comedy "Sonic the Hedgehog," at $16 million. Jim Carrey stars as the villainous Dr Robotnik in the video-game-based film.

In third place was 20th Century's "The Call of the Wild," starring Harrison Ford, at $13.2 million. The story is loosely based on the Jack London classic, set in the wilds of Alaska and Canada's Klondike region.

Fourth spot went to a new Japanese manga film, "My Hero Academia," from Funimation, at $5.1 million. It tells the story of a young boy, often bullied, who finds his way into a prestigious high school for superheroes-in-training.

And in fifth, still strong in its seventh week out, was Sony's "Bad Boys for Life," at $4.3 million. The action-comedy, starring Will Smith and Martin Lawrence, has passed the $400 million mark worldwide.