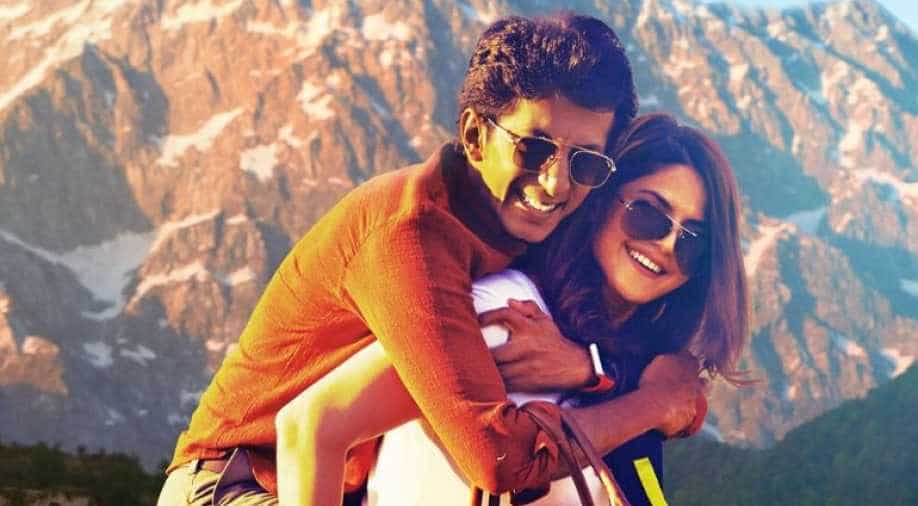 The film's screenplay was also officially selected at the South Asian Film Market (SAFM) in Singapore as one of the ten best screenplays from Asia in November 2018 and this first award New York has made the team ecstatic.

The Harish Vyas directorial is India's first film with LGBTQ protagonists of the opposite sex and has Anshuman playing a gay man called Veer and Zareen as a lesbian woman called Mansi. The film follows their road trip from Delhi to Mcloedgunj and the bond they create during the trip.

Anshuman Jha and Zareen Khan were both present for the premiere which saw a large number of people from the LGBTQ community in the audience.

The film which premiered on November 22nd to a packed house at Village East Cinemas in Manhattan was unanimously chosen as the best film at the film festival. Praising the film, festival head Shilen Amin said, 'Hum Bhi Akele...' is the changing face of New age Indian cinema. Brilliant performances, the very best of production values and a topical script which engages & entertains. We would like to congratulate Mr Anshuman Jha on choosing such novel scripts and Mr Harish Vyas for telling such beautiful stories.'

The film's screenplay was also officially selected at the South Asian Film Market (SAFM) in Singapore as one of the ten best screenplays from Asia in November 2018 and this first award New York has made the team ecstatic.

Harish Vyas said, "This is heartening. Anshuman was the first actor who greenlit this project after several big names had refused it as they were worried about the concept. We developed the script for over a year, took it to the film market and made it in record time. I thank Anshuman for being the backbone of this film through development & shoot - and according to me giving his most nuanced performance since LSD. To Zareen for auditioning and playing Mansi with the attitude that she has - they will win many hearts."

The film is a journey of discovering love in friendship and is expected to release in India in 2020.