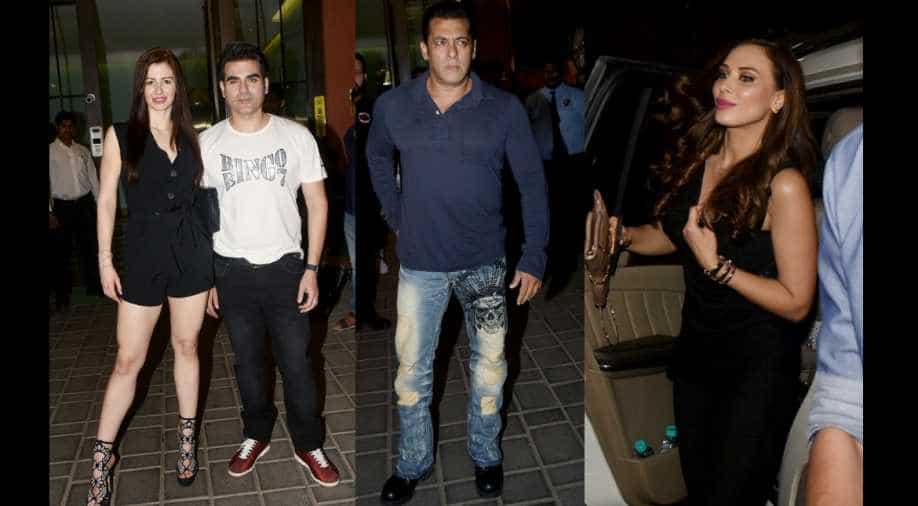 Actor Aayush Sharma’s birthday was a starry affair as brother-in-laws Salman, Arbaaz and Sohail turned up at the party with their respective partners. While Salman Khan walked in with Iulia Vantur, Arbaaz was seen with Georgia Andriani, whom he recently admitted dating. Sohail was there with wife Seema Khan.