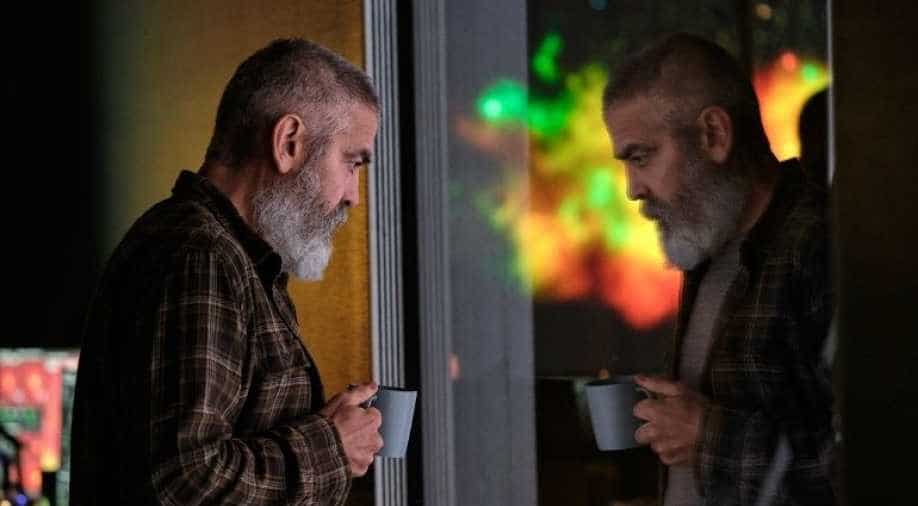 Other images released by Netflix shows behind-the-scenes of the movie and astronauts who are returning to Earth.

George Clooney, who is known for his thrilling space genre movies, is back with another one.

In his next Netflix space saga 'The Midnight Sky', Clooney will be playing the character of a lonely scientist Augustine Lofthouse.

Recently, the streaming giant releases few snaps from the movie. George new look from the movie in which he is barely recognisable and is seen sporting 70s look with a long beard. While speaking about his new style, Clooney told a news agency that he shaved his hair for the movie.  ''I have had a lot of people, the first couple of shots in the movie, not realise it's me... My wife was very happy when I finished shooting this.''

Other images released by Netflix shows behind the scenes of the movie and astronauts who are returning to Earth.

The movie is based on a novel published in 2016 titled 'Good Morning, Midnight' by Lily Brooks-Dalton.
The upcoming movie will be released in December 2020. Directed by Clooney, the movie also stars Felicity Jones and David Oyelowo in the key roles.