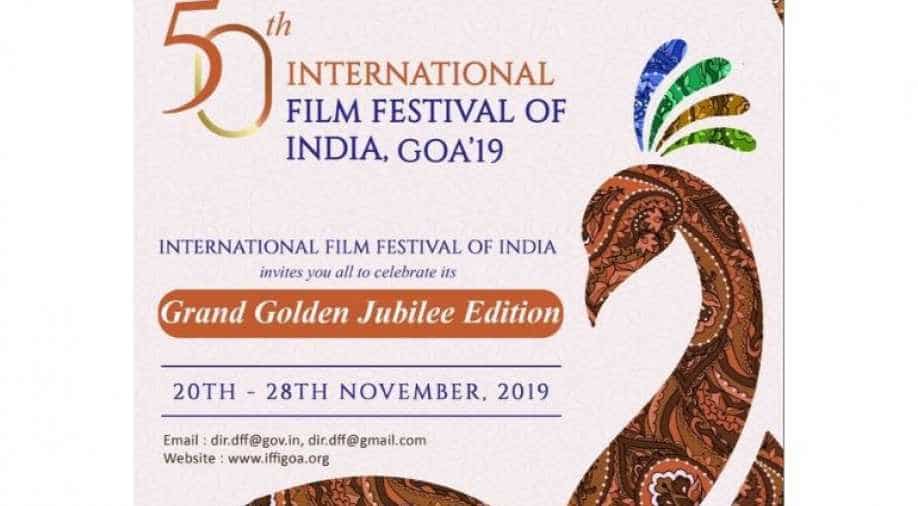 Started in 1952, the International Film Festival of India (IFFI) is one of the most prestigious film extravaganzas in the country. It aims at providing a common platform to cinema industries from across the world.

Started in 1952, the International Film Festival of India (IFFI) is one of the most prestigious film extravaganzas in the country. It aims at providing a common platform to cinema industries from across the world to showcase their excellence at the art of film making.

This time, India will host the 50th edition of the festival and will pay tribute to the late Chief Minister of Goa, Manohar Parrikar who passed away earlier this year.

"Definitely, this year the festival will pay a tribute to our friend Manohar Parrikar", said the Union Minister for Information and Broadcasting Prakash Javdekar on Sunday.

Apart from this, the festival will also celebrate the 150th birth anniversary of Mahatma Gandhi through an exhibition titled, 'Gandhi 150'.

The week-long event is scheduled to start in November and will be featuring Indian regional films as well as movies from different parts of the world.

To ensure that every film gets an equal chance at the festival, private theatres in Goa will be hired to screen popular movies.

"In the past, people did not get tickets to watch popular films, so we are enrolling private theatres to screen those films", Javadekar added.

"They will steer the whole thing because it has to be a professional show", he told the media in Panaji.

Besides him, other members of the committee - directors Madhur Bhandarkar, Shaji N. Karun, Rahul Rawail and Manju Borah, famous cinematographer Apurba Kishore Bir and Ravi Kottarakara, the owner of Kottarakara Films - were also present at the meeting.

Javdekar further informed that Director John Bailey, President of the Academy of Motion Pictures Arts and Sciences (AMPAS) will be heading this year's prestigious international jury.

To celebrate the festival's Golden Jubilee, road shows and campaigns will be organised in six different cities in the country namely, Mumbai, Hyderabad, Trivandrum, Bengaluru, Kolkata and Guwahati.

The festival will be held from November 20 to November 28 in Goa.