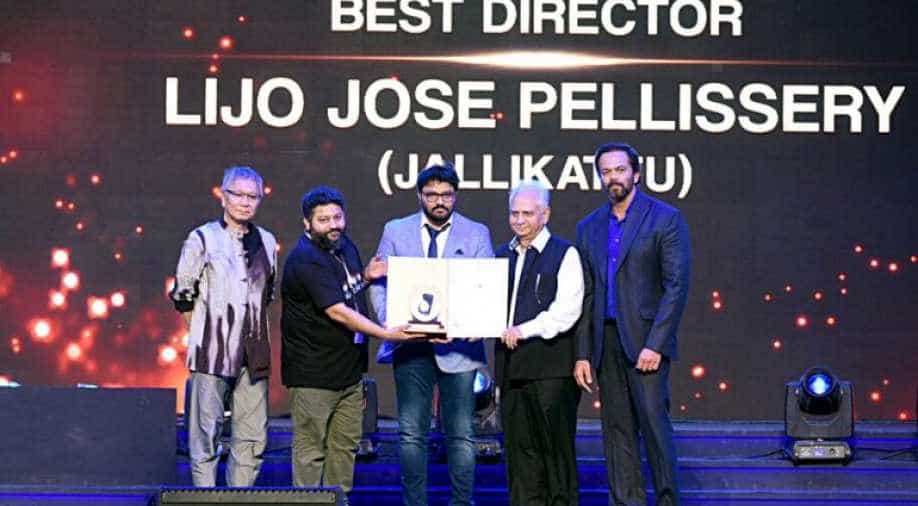 Lijo Jose Pellissery (Second from Left) receives the Best Director for Jallikattu film, during the closing ceremony on IFFI 2019 in Panaji on Thursday. Photograph:( ANI )

Produced by Estelle Fialon, the French feature won a cash prize of Rs 40 lakhs under the award along with a trophy and a citation.
`Particles` is an "ambitious yet modest film about the mysteries of being a teenager," the jury said. 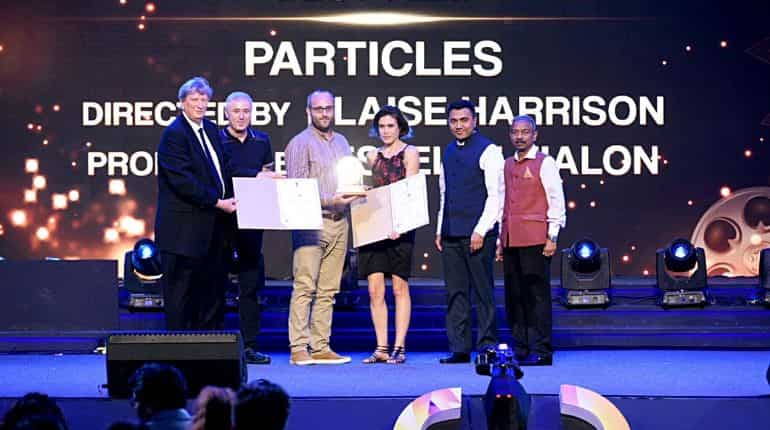 The closing ceremony felicitated the best in several categories with the Best Director trophy going to Lijo Jose Pellissery for `Jallikattu`.According to the jury, they honoured the "intricate and complex choreography of this very original and anarchic film".

Best Actor (Male): The honour went to Seu Jorge for his portrayal of Carlos Marighella in the Brazilian film `Marighella`.

Best Actor (Female): Usha Jadhav won the award for her work in the Marathi film `Prabha Mai`. The jury described her performance as "powerful performance of a mother defending her child`s honour against the injustice of a corrupt system." 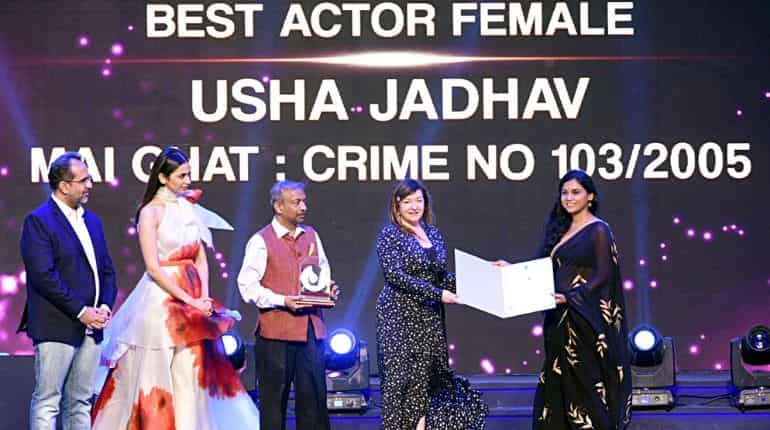 (Usha Jadhav receives the Best Female actor for her character from film 'Crime no 103/2005', during the closing ceremony of IFFI 2019 in Panaji )

The film set in Tibetan grasslands earned the honour for "the beauty of the film language and the authenticity of the actors".

Best Debut Feature Film of a Director: The Centenary Award was shared between Amin Sidi Boumediene for `Abou Leila` and Marius Olteanu for `Monsters`.

Moreover, the closing ceremony also gave a special mention to `Hellaro` directed by Abhishek Shah for the "incredible music, it`s colour and graceful choreography," commented the jury. "Though the film is set 45 years ago, the issue of woman`s empowerment portrayed in the film is even more relevant today," the jury added.

The festival also honoured the Italian film `Rwanda` with the ICFT -UNESCO Gandhi Medal instituted by the International Council for Film, Television and Audiovisual Communication, Paris and UNESCO.

The medal bears a portrait of Gandhi engraved by the French artist Pierre-Yves Tremois. Etched underneath is Mahatma`s message of hope, "In the midst of darkness light prevails."