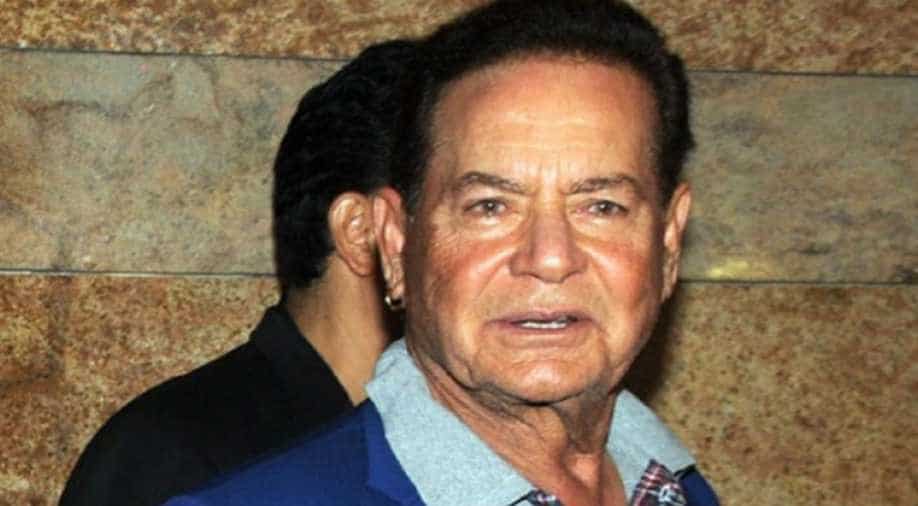 The closing of the 49th edition of the International Film Festival of India (IFFI) on Wednesday in what was largely a bland ceremony.

Veteran screenwriter Salim Khan was honoured for his lifetime contribution to Indian cinema at the 49th edition of the International Film Festival of India (IFFI) on Wednesday in what was largely a bland ceremony.

Khan, one half of Bollywood's popular writing duo Salim-Javed credited for films such as 'Zanjeer', 'Sholay' and 'Deewar' among others, marked his presence via a text message which was read by Arbaaz, who attended the event with rumoured girlfriend Giorgia Andriani.

"I want to thank IFFI, Information & Broadcasting Ministry, Government of India for honouring me with Indian Personality for Lifetime Contribution to Indian cinema. I dedicate this award to Indore, my birthplace and Mumbai my workplace, the film industry which has given me everything.

"I would so like to thank Mr Javed Akhtar without whose contribution it would not have been possible," Salim Khan said in the message.

Praveen Morchhale's "Walking with the Wind" won the ICFT UNESCO Gandhi Award and "Los Silencios" bagged a special mention in the category. Centenary Award for Best Debut Film of a Director was given to Alberto Montreal for "Respeto".

Vijai Sardesai, Minister for Town & Country Planning, Government of Goa, said people compare Cannes to IFFI and they plan to make Goa the "Cannes of Asia".

"They say Cannes is about freedom and IFFI is about red tapism. We will make amends next year... It will be a jewel in the crown of India," Sardesai said.

The minister also paid tributes to Italian filmmaker Bernando Bertolucci, who passed away at the age of 77 on Monday.

KJ Alphons, Minister of State for Tourism (Independent Charge), Govt. Of India, talked about how he went from a child who would buy a 25 paisa ticket to watch a film in his village to a "Union minister in honourable Prime Minister Narendra Modi's government".

Without naming Aamir Khan, the Union minister said it was through power of films (like 'Dangal') that the Bollywood actor had become the second most influential Indian in China after PM Modi.

"I don't know if anywhere in the world films are made on sanitary pads and toilets..." he said.

The daring dance act by XIX group on songs such as "Gajanana" and "Malhari" in the beginning set a tone to the event, which could not maintain its momentum.
A romantic medley by Vipin Aneja did little to lift the spirits. The event was hosted by Sophie Choudry and Arjan Bajwa.

Rajyavardhan Rathore, Minister of State (Independent Charge) for Ministry of Youth Affairs and Sports, Government of India, urged people, via a video message, to be in Goa next year for its 50th edition.

The movie extravaganza, that screened 212 films from 68 countries in the last eight days, was declared closed with a promise of meeting next year in Goa for the golden jubilee celebrations.