Ayushmann Khurrana on his diverse roles: I have a free pass from viewers to do different cinema 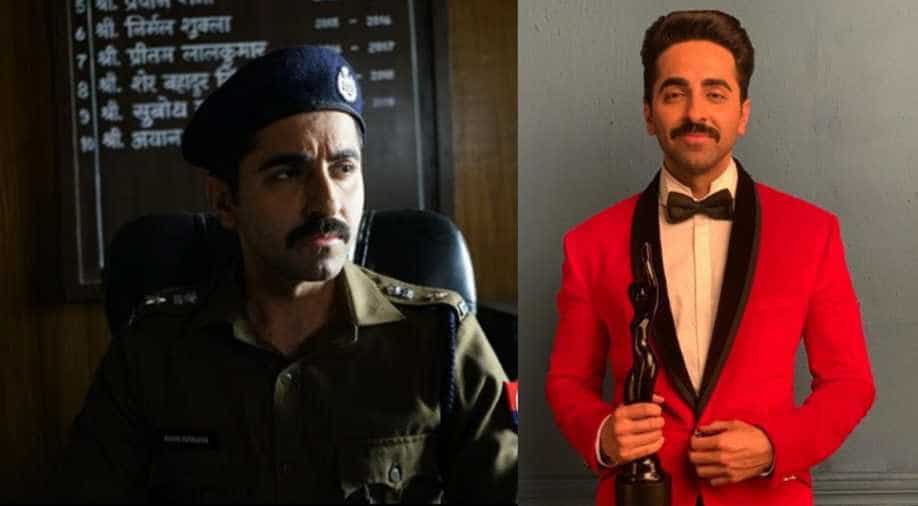 Bollywood actor Ayushmann Khurrana, who is known for portraying diverse roles, has garnered immense appreciation for choosing films that are unique as well as socially relevant.

Bollywood actor Ayushmann Khurrana, who is known for portraying diverse roles with perfection, has garnered immense appreciation for choosing films that are offbeat, unique as well as socially relevant.

The 34-year-old actor`s knack for picking up movies with social messages, serious takeaways particularly about love and sex in the country seems to have made him the king of Indian rom-coms and modern age relationships.

The actor has earned his stripes for choosing varied roles that become huge talking points. He has done films like `Vicky Donor`, `Shubh Mangal Saavdhan`, `Badhaai Ho`, which deals with sperm donation, erectile dysfunction and the sex life of adult couples, respectively, under his belt.

Ayushmann is yet again trying his hand at something new with his upcoming films. Known as the poster boy of content cinema, Ayushmann`s next three films will see him tackle three different societal topics and yet present them as an entertaining cinema that appeals to the Indian audience.

Talking about his content choices, the actor said that he is taking up projects that urge the audience to think and discuss.

Speaking on his next three films, Ayushmann explained how each of his films is different from the other but will keep the moviegoers on the edge of their seats throughout. "Article 15 is a gritty investigative drama based on incidents inspired by real life. For those who want to see a good investigative film, this film will surely captivate them and keep them on the edge of their seats throughout," he said speaking of his upcoming films.

Speaking on his next film `Shubh Mangal Zyada Saavdhan`, that is based on the subject of homosexuality and the taboo surrounding it, the actor said that it will make people "ponder" and yet leave "a smile on their face".

Ayushmann added that the love received by the audience has given him the power to back different projects. "I think audiences have given me a free pass to choose and champion such projects because I have only chosen to stand behind such differential content. I`m only thankful to all of them for standing by me and accepting my film choices. They have allowed diverse voices like me to create a space of my own and I will hate to disappoint them and not give them what they expect from me every time my film releases in theatres," he concluded.

Currently, the actor is awaiting the release of his upcoming film `Article 15`. The film is based on the topic of caste discrimination in the country and is slated to hit the theatres on June 28.