I had a horrible first meeting with Rishi Kapoor, he had a habit of bullying: Neetu Kapoor 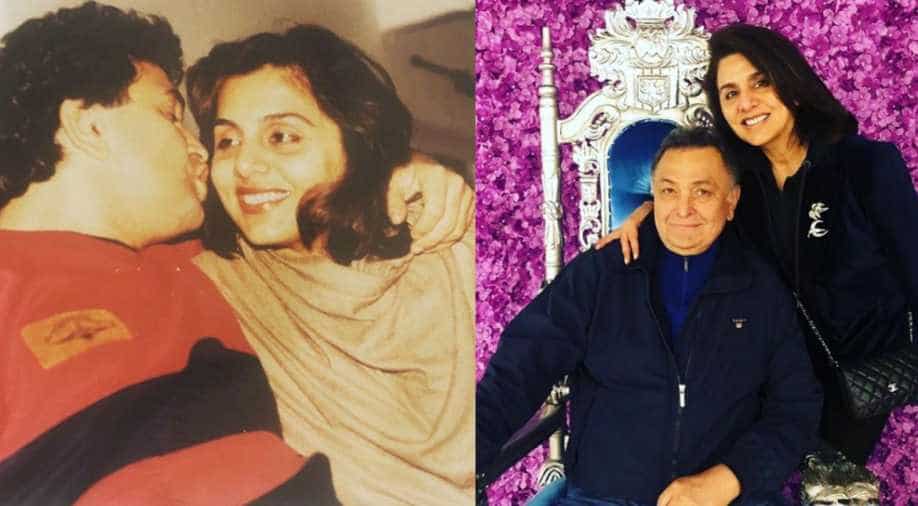 Neetu and Rishi got married in 1980 and are parents to daughter Riddhima and son Ranbir.

Rishi Kapoor and wife Neetu have been together for years now. Currently in the United States for over a year now because of Rishi’s medical treatment, Neetu opened up in an interview with IANS about her relationship with the Kapoor and how it all started. The couple keep hosting a bevvy of celebrities at their US residence, see some pictures here.

She recalled her first meeting with Rishi Kapoor as “horrible”. On ‘Suhaana Safar with Annu Kapoor, Neetu said, "I had a horrible first meeting with Rishi Kapoor. He had a habit of bullying, so he would comment on my make-up and clothes, and I'd feel so angry. He was actually a brat who would bully everyone and I was very young at that time. I used to be furious with him. "

She further added, "After Bobby became a superhit, Dimple (actress Dimple Kapadia) got married and Rishi was left with no other heroine because everyone used to look older than him. I was the only young actress around and by default, after Rickshawala, all his movies started coming to me.”

Neetu and Rishi have worked together on multiple hits including ‘Amar Akbar Anthony’, ‘Khel Khel Mein’ and ‘Kabhi Kabhie’.

Neetu revealed in the interview that she dated him for three years before they got married. During one dinner date, she recalled that he asked her if she wanted to get married or not because she had signed several big-budget films (including ‘Shaan’ and ‘Naseeb’). She said, “He was thinking about it, I had no idea. He had never said that he wants to get married. We were just dating. So I said, 'There has to be a boy to get married to. Rishiji said, 'So who am I?'"

Neetu had to return the signing amounts of all films that year and then gave notice to other makers to finish the pending projects. She said, “I had worked so hard in that one year (to complete all projects before marriage), you can't even imagine. And then my husband told me to finish everything, so we could eventually start a family. It wasn't that women couldn't work (after marriage) but I was tired after working for 15 years continuously. I wanted a simple life.”

Neetu and Rishi got married in 1980 and are parents to daughter Riddhima and son Ranbir, who is also an actor. Riddhima Kapoor is a jewellery designer and is married to businessman Bharat Sahni.