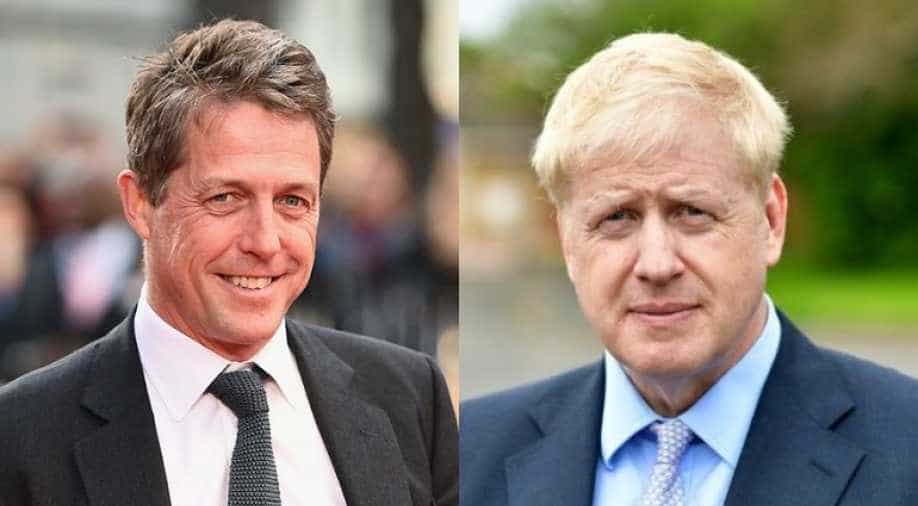 Grant on Wednesday branded the Britain PM as "an over-promoted rubber bath toy" on Twitter in a long rant which has garnered over 76,000 retweets so far.

"You will not f*** with my children’s future," he wrote, quote-tweeting a video of Johnson explaining his plans. "You will not destroy the freedoms my grandfather fought two world wars to defend.

"F*** off you over-promoted rubber bath toy. Britain is revolted by you and you little gang of masturbatory prefects,"the actor tweeted.

You will not fuck with my children’s future. You will not destroy the freedoms my grandfather fought two world wars to defend. Fuck off you over-promoted rubber bath toy. Britain is revolted by you and you little gang of masturbatory prefects. https://t.co/Oc0xwLI6dI

Johnson`s controversial demand to suspend Parliament prompted widespread criticism among his MPs, especially Speaker of the House of Commons John Bercow who called the Prime Minister`s manoeuvrings a "constitutional outrage."

"Shutting down Parliament would be an offence against the democratic process and the rights of Parliamentarians as the people`s elected representatives," the speaker added.

During a televised interview on Wednesday, Johnson denied that he was seeking to prevent the Parliament from limiting his Brexit plans."

In a letter to lawmakers, the Prime Minister said that the Parliament "will have the opportunity to debate the Government`s overall program, and approach to Brexit, in the run-up to EU Council, and then vote on this on 21 and 22 October, once we know the outcome of the Council."Johnson is demanding that the EU reopens the Brexit agreement, which European leaders have been reluctant to do.

The criticism has not impacted Johnson's decision though as on Wednesday Queen Elizabeth II approved his request to suspend the British Parliament for five weeks from mid-September, shortening the time available to lawmakers to block a no-deal Brexit just weeks before the deadline of October 31. The suspension will begin no sooner than Monday (September 9) and no later than Thursday (September 12) and last until October 14.