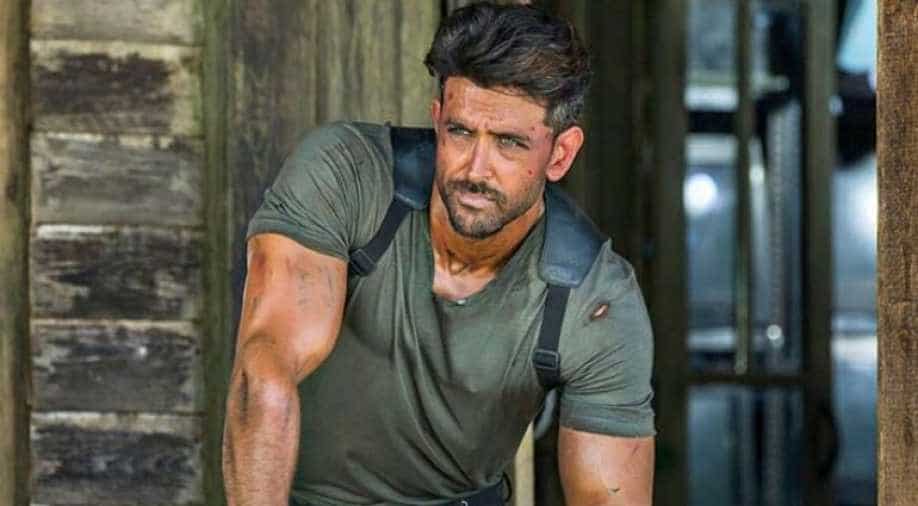 Hrithik Roshan in a still from 'War'. Photograph:( Twitter )

Hrithik Roshan has topped the British newsweekly Eastern Eye's annual Sexiest Asian Male list. The actor has also been voted as the sexiest male of the decade.

The actor also topped the overall ranking for the last 10 years as well.

"I would like to thank everyone who feels so and has voted for me; I am flattered," said Roshan to a news agency and added that he did not view it as an "achievement".

"What is attractive in a person is his/her story, journey and the way that person has dealt with situations in his/her own life. Looking a certain way for my characters is just a part of my job, which takes a lot of effort and hard work," the actor further added.

Roshan has had a dream run at the box office in 2019 with both his films, 'Super 30' and 'War' earning big bucks at the box office.
Eastern Eye Entertainment Editor and author of the annual ranking Asjad Nazir attributed Roshan’s success to a well-rounded career trajectory.

Shahid Kapoor came in at the second place, with television actor Vivian Dsena ranking third, screen action hero Tiger Shroff making his debut in the top 10 at No 4 and British Asian popstar Zayn Malik completing the top 5 for 2019.

"The men featured in 2019 were connected by the fact they all went beyond their stardom and looks to make a positive impact. That is what really sexiness is about and why this list connects with millions around the world," said Nazir.

The top 10 decades list is also dominated by actors and singers except for Indian cricket captain Virat Kohli who is ranked seventh. The list, which created a lot of buzz on social media, will be published in Eastern Eye on Friday.

‘Hocus Pocus 2’ teaser trailer: The Sanderson Sisters are back with their Halloween classic after 29 years