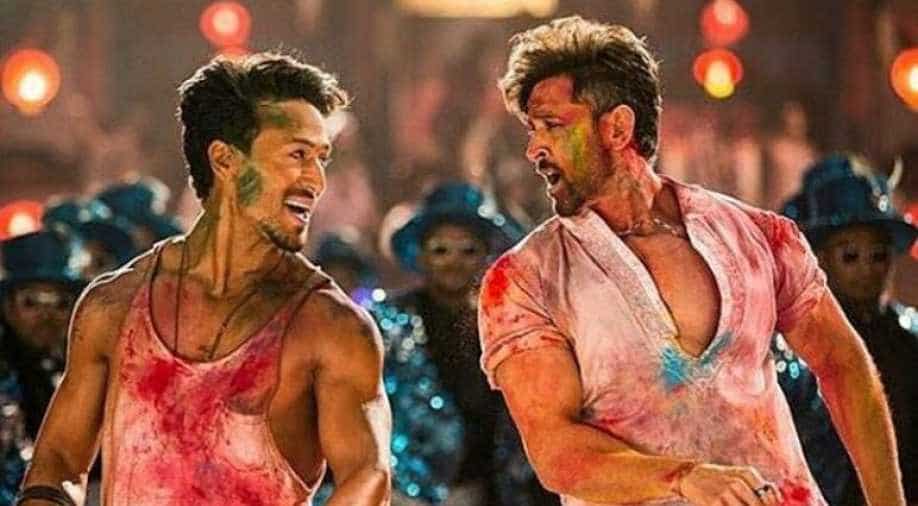 This is the fifth Yash Raj Films to cross Rs 100 crore plus net box-office collection over the third day after 'Dhoom 3', 'Sultan', 'Tiger Zinda Hai' and 'Thugs of Hindostan'.

The action-thriller registered a fantastic hold again on Day 3, which was a normal working day across India. The film raked in Rs 22.45 crore net (Hindi - Rs 21.30 crore and Tamil and Telugu - Rs 1.15 crore) to take the total three-day collection to a whopping Rs 100.15 crore net in India.

"For all of us what matters, the most is that our film is receiving universal love and appreciation. It is one of the rarest of moments where kids, youth, families, and old age segments are all loving a film and endorsing it incredibly positively," said the makers of the film.

Expressing gratitude for the big success, the filmmakers added: "We are deeply thankful and humbled. We have made 'War' with a lot of passion, belief, and love. It is fantastic to see the audience enjoying themselves to the fullest in the theatres. Our film is a big-screen experience and we hope we entertain people across the length and breadth of our country in the days to come!''.

'War' has created seven new records including a Gandhi Jayanti release, a film released in Navratri and the highest-grossing first 3 Day for Hrithik Roshan, Tiger Shroff and Siddharth Anand, who is the director of 'War'.

Lastly, this is the fifth Yash Raj Films to cross Rs 100 crore plus net box-office collection over the third day after 'Dhoom 3', 'Sultan', 'Tiger Zinda Hai' and 'Thugs of Hindostan'.

On its opening day, 'War' had smashed eight records and made history as it collected Rs 53.35 crore. 'War' was released in 4,000 screens.

The film features two of the biggest action superstars of our country -Hrithik and Tiger -waging war against each other.

The high-octane film that also stars Vaani Kapoor opposite Hrithik, shows the two superstars pitted in a massive showdown.