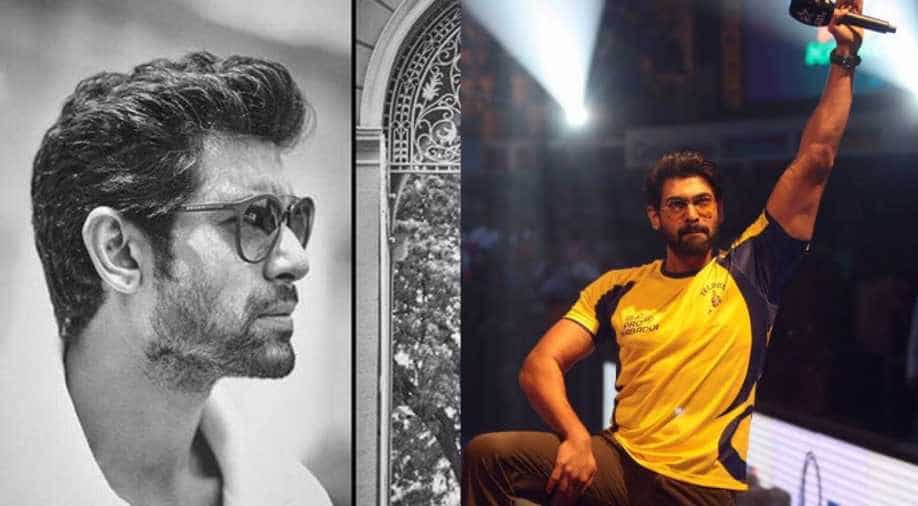 Rana Daggubati replaced Nana Patekar in the upcoming film as the latter's name came up in #MeToo claims.

‘Baahubali’ star Rana Daggubati will now be seen in a whole new role as he is set to play a threat in the upcoming film ‘Housefull 4’. Screenwriter-director Farhad Samji revealed details about Rana’s role in the film.

Rana, had earlier this year, replaced Nana Patekar in the film after he was replaced because of #MeToo claims against him. Actress Tanushree Dutta had accused Nana of sexual misconduct while shooting for a film 10 years back.

In an interview to IANS, Farhad said, "I think it is too early to talk about his role. It's an important role. He is playing the threat in the film.”

Rana is not the only replacement in the film as in October, filmmaker Sajid Khan also had to step down as its director after he was accused of sexual harassment.

On the change, Farhad said, "It would have been difficult for me had I not written the screenplay and dialogues of the film. Whenever I narrate, I do it like a stand-up act. All the actors... even producers make it a point that I am present on sets. I was in Jaisalmer while the shooting was happening there. So, it is not a big jump for me. But yeah, as a director, there are so many departments that I have to look up to like costumes, timing, actors and all. I had worked with Sajid Nadiadwala (producer) before also in 'Housefull 3' so, he was also there with me.”

‘Housefull 3’ was co-directed by Sajid Samji and Farhad.

Talking about the pressure of directing all by himself, he said: "Had it been three directors, then also there would have been pressure. The same goes for directing solo. Pressure is there because of it a big franchise and is releasing on Diwali. "It is a period comedy... something that we are doing for the first time. The look, clothes and scale of the film are done on a different level. That's the challenge. For me, filmmaking is passion.

"It's been about 17 years since I joined the industry. I have written for around 40 films. This is what I have been craving for... to get bigger films, good films with a good cast. I am getting everything on a platter. I have to do justice to it."