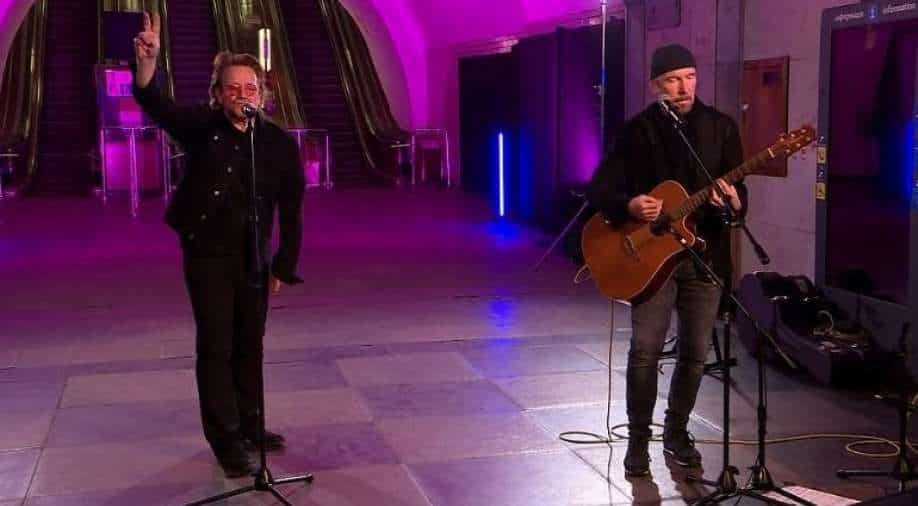 Irish rock group U2`s frontman Bono and his bandmate The Edge performed a 40-minute concert in a metro station in the Ukrainian capital of Kyiv on Sunday and praised Ukrainians fighting for their freedom from Russia.

"Your president leads the world in the cause of freedom right now ... The people of Ukraine are not just fighting for your own freedom, you`re fighting for all of us who love freedom," Bono told a crowd of up to 100 gathered inside the Khreshchatyk metro station. He was referring to Ukrainian President Volodymyr Zelensky. 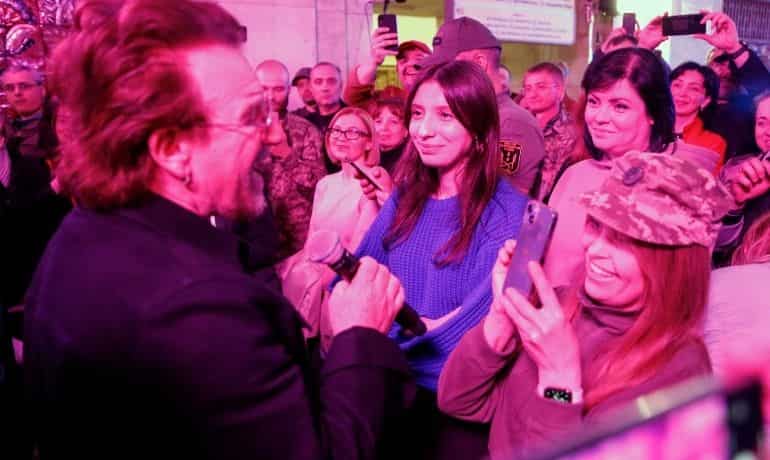 Russia invaded Ukraine on Feb. 24, pressing towards Kyiv before withdrawing its forces from near the capital at the end of March to concentrate its firepower on eastern Ukraine.

"I am grateful to [Bono, U2] for supporting our people and drawing even more attention to the need to help our people," Zelensky said in his nightly video address.

Russia, which calls its action in Ukraine a "special military operation", continues to carry out missile strikes across Ukraine. However, some life has returned to Kyiv even though air raid sirens sound regularly. 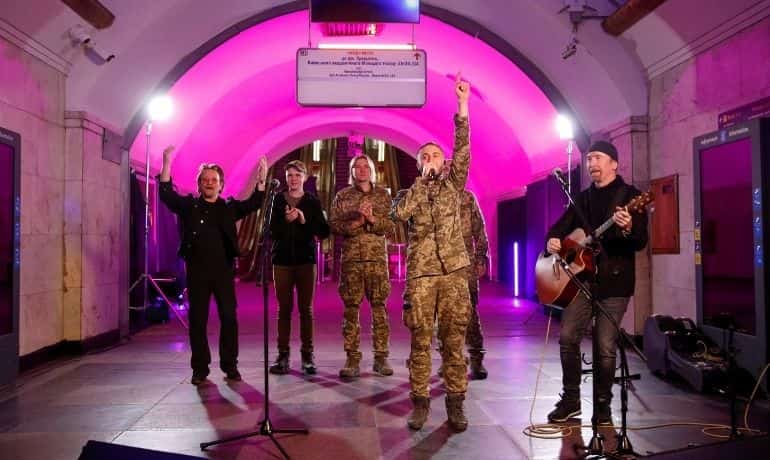 Bono rallied the crowd between songs during his performance.

"This evening, 8th of May, shots will ring out in the Ukraine sky, but you`ll be free at last. They can take your lives, but they can never take your pride," he said.