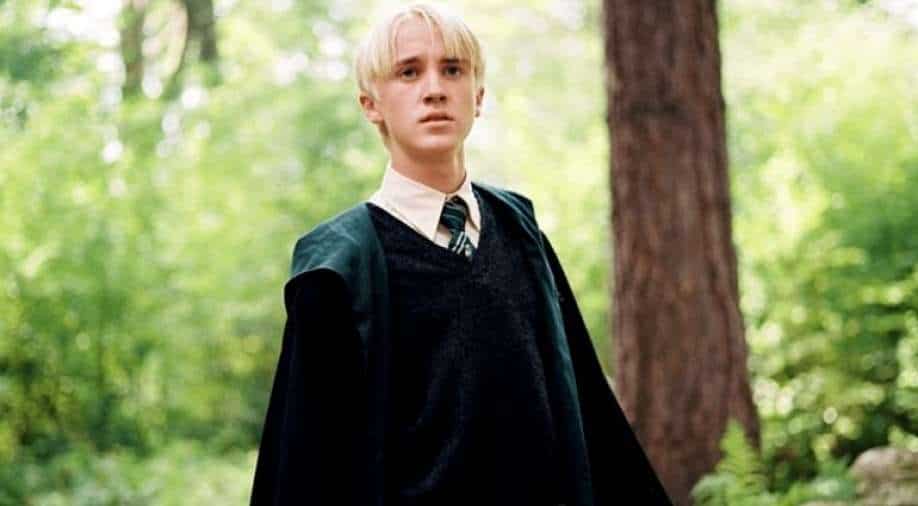 The series spanned a total of almost 10 years, and the first movie, Harry Potter and the Sorcerer's Stone will be celebrating its 20th anniversary in November.

British actor Tom Felton recently during a promotional event revealed that if given a chance he would like to reprise his villainous role in the 'Harry Potter' universe.

Speaking with People magazine to promote the opening of the Harry Potter New York flagship store, the 33-year-old actor revealed that not only would he jump at the chance to portray Draco again, but any Malfoy, like Draco's father Lucius, originally played by Jason Isaacs, or Draco's son, Scorpius.

Felton exclaimed, "If you are asking me will I dye my hair blonde again to be Draco, abso-bloody-lutely. Either him or Lucius. I will play Draco`s kid if you really want! Any chance to be a Malfoy again would be greatly accepted."The `Rise of the Planet of the Apes' actor admitted he feels "a bit of ownership" over the character of Draco, who served as a multi-layered foil throughout the series to Daniel Radcliffe's Harry Potter.

Felton said, "I do feel if someone else played Draco, I'd be slightly possessive, going, 'Hang on',."Felton appeared as Draco in all eight 'Harry Potter' films, based on the book series of the same name by J.K. Rowling. The series spanned a total of almost 10 years, and the first movie, Harry Potter and the Sorcerer's Stone will be celebrating its 20th anniversary in November.

Talking about his co-stars Radcliffe, Emma Watson and Rupert Grint, Felton recalled, "I was speaking to Rupert, Daniel and Emma separately the other day and said, 'Twenty years, can you imagine that?` First of all, they all look the bloody same, literally. Rupert looks exactly the same."The actor and musician told People magazine, he regularly keeps in contact with many of his former Potter castmates, including Matthew Lewis (Neville Longbottom) and James and Oliver Phelps (Fred and George Weasley).

Located in the heart of the Big Apple, Harry Potter New York is the first official Potter-themed store in the state and is located next to the city's iconic Flatiron building at 935 Broadway. The store spans three floors and covers over 21,000 square feet.