'The Offer' based on making of 'The Godfather' sets premiere date 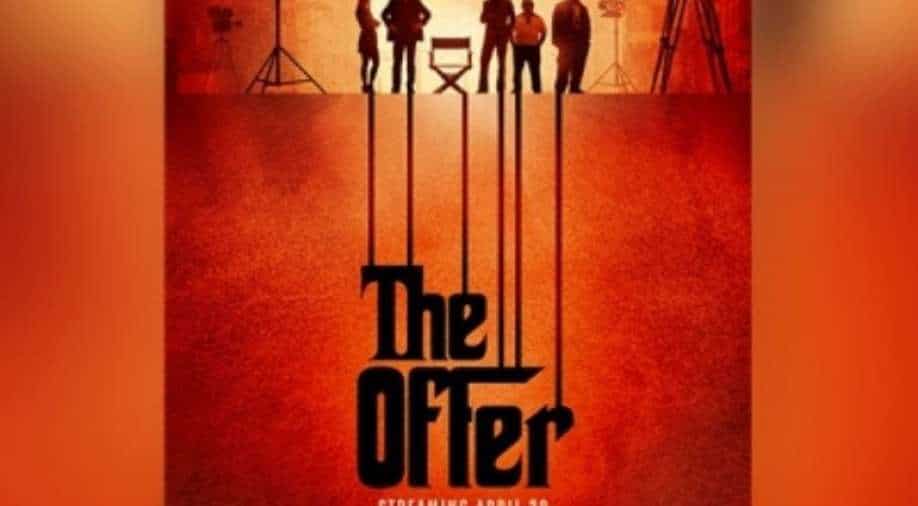 'The Offer' based on making of 'The Godfather' sets premiere date Photograph:( Twitter )

The 10-episode series will base its plot on the making of `The Godfather` films, featuring never-before-heard extraordinary behind-the-scenes events throughout the films` creations.

Paramount Plus` limited series `The Offer` is set to premiere on April 28. As per People magazine, the streaming platform made the announcement on Tuesday.

The 10-episode series will base its plot on the making of `The Godfather` films, featuring never-before-heard extraordinary behind-the-scenes events throughout the films` creations.

It all centres on the real-life story of Albert S. Ruddy, the Canadian film producer who spearheaded the `Godfather` trilogy. Miles Teller will portray Ruddy. Teller was cast as Ruddy after Armie Hammer left the series. The adjacent story of Francis Ford Coppola will also be chronicled. Dan Fogler will play Coppola, who directed and co-wrote the Godfather.

Other cast members include `Dowton Abbey` fame Matthew Goode as Robert Evans, Burn Gorman as Charles Bluhdorn, `Ted Lasso` actor Juno Temple as Bettye McCartt and Justin Chambers as Marlon Brando among others. So far, specifics of the plotline have not been revealed.

'The Offer' isn`t the only Godfather-esque project in the works. Another portrayal of Coppola and Evans is currently being crafted in the version of a screenplay. Coppola will be played by Oscar Issac and Evans by Jake Gyllenhaal in the upcoming film called `Francis and the Godfather`.