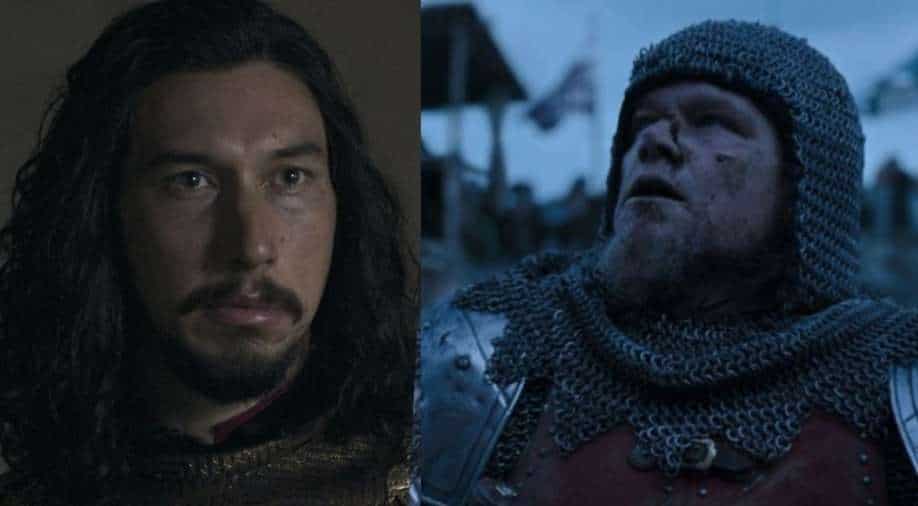 Ridley Scott's new period drama 'The Last Duel' is epic in all proportions.

Ridley Scott's new period drama 'The Last Duel' is epic in all proportions. The first trailer of the film was dropped on Tuesday and it promises to be an intense drama featuring actors Matt Damon, Adam Driver and Jodie Comer. What more! Scott's film's screenplay reunites Academy award winners and BFFs Damon and Ben Affleck as writers.

More than two minutes long, the is grand and intense and is set in 14th century. The story has knight Jean de Carrouges (Matt Damon), who fights to the death with his squire, Jacques Le Gris (Adam Driver), after Carrouges’ wife (Jodie Comer) accuses Le Gris of rape.
Most are comparing the scale of the film to Scott’s Oscar-winning masterpiece 'Gladiator'.

The film is based on the book 'The Last Duel: A True Story of Trial by Combat in Medieval France' by Eric Jager.

Nicole Holofcener has co-written the screenplay along with Affleck and Damon. Affleck also appears in the film as Count Pierre d’Alençon.