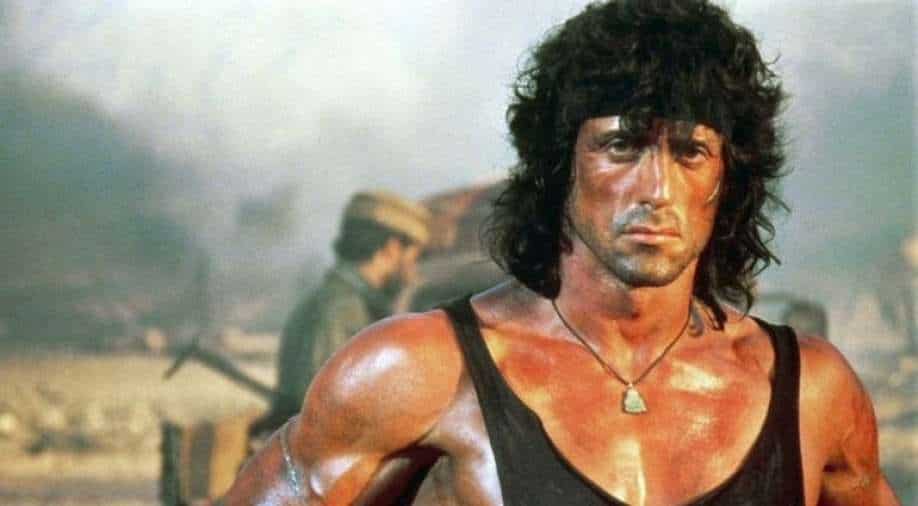 On Sylvester Stallone's 75th birthday, here are 15 iconic lines from the actor's films to keep you inspired.

Hollywood legend Sylvester Stallone turns 75 on July 6. The man who was almost written off as an non-actor in his initial years as an actor gave the world two of most iconic action heroes of all time- Rocky Balboa and Rambo.

The actor, born in New York to a hairdresser father and a beautician mother, dabbled with minor roles in the early 1970s till he attained worldwide fame with 'Rocky' in 1976. The film's success led to sequels of the film, establishing Stallone as an action star. He also feature as Vietnam war veteran Rambo, a performance that received critical acclaim and box office success.

On his birthday, here are 15 iconic lines from the actor's films to keep you inspired.

- 'Until you start believing in yourself, you ain't gonna have a life'

- 'I stopped thinking the way other people think a long time ago. You think like you think'.

-'Our greatest glory is not in falling, but rising everytime we fall.'

-'To survive a war, you gotta become war'.

-'Live for nothing or die for something'.

- 'Every champion was once a contender who refused to give up'.

- 'Who are they to protest me? Who are they? Unless they've been me and been there and know what the hell they're yelling about!'

- 'Every champion was once a contender who refused to give up.'

- 'Let me tell you something you already know. The world ain’t all sunshine and rainbows. It’s a very mean and nasty place and I don’t care how tough you are it will beat you to your knees and keep you there permanently if you let it. You, me, or nobody is gonna hit as hard as life. But it ain’t about how hard ya hit. It’s about how hard you can get hit and keep moving forward. How much you can take and keep moving forward. That’s how winning is done!'

-'You know there's more men out there. You know where they are. Find 'em, or I'll find you.'

- 'Nobody owes nobody nothin’. You owe yourself'

-'It’s your right to listen to your gut, it ain’t nobody’s right to say no after you earned the right to be where you want to be and do what you want to do!'

-'Going in one more round when you don’t think you can – that’s what makes all the difference in your life.'