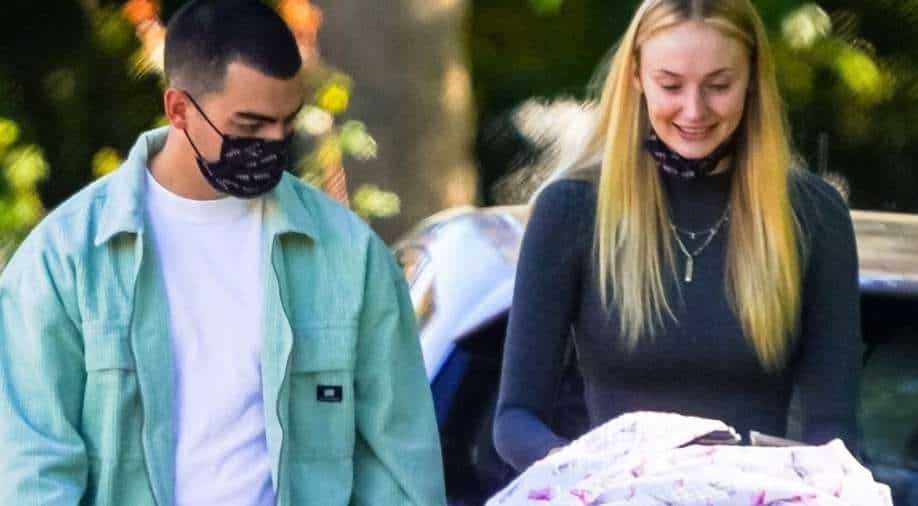 Sophie and Joe welcomed daughter last year and have kept the birth of their child extremely private and low key.

New mom Sophie Turner is calling out paparazzi for snapping her 9-month-old daughter, Willa, who she shares with her husband Joe Jonas.

Turner slammed the photographer who clicked her daughter without her consent.

The 'Game of Thrones' alum took to Instagram this week after paparazzi photos of her baby came into light and advocated for her child's privacy.

The actor warned and condemned paparazzi for sneaking around them always for pictures. Turner posted in a series of videos on her Instagram story. In the dark video, Turner said, ''I just woke up, I guess yesterday some paparazzi managed to get a picture of my daughter and me, and I just want to say that the reason that I have been not posting pictures of my daughter and making sure that we can avoid paparazzi at all costs is that I explicitly do not want those photos out there.”

However, she deleted the post later, but some fans were quick to record it.

Turner further said, “She is my daughter. She did not ask for this life, to be photographed.”

“It’s f***ing creepy that grown old men taking pictures of a baby without their permission,” she continued. “I’m sickened, I’m disgusted and I’m respectfully asking everyone to stop following us around and stop trying to take pictures of our daughter and especially printing them. It’s disgusting and you do not have my permission.”

The couple who welcomed their daughter last year, have kept the birth of their child extremely private and low key and also kept her out of the public eye since she was born.