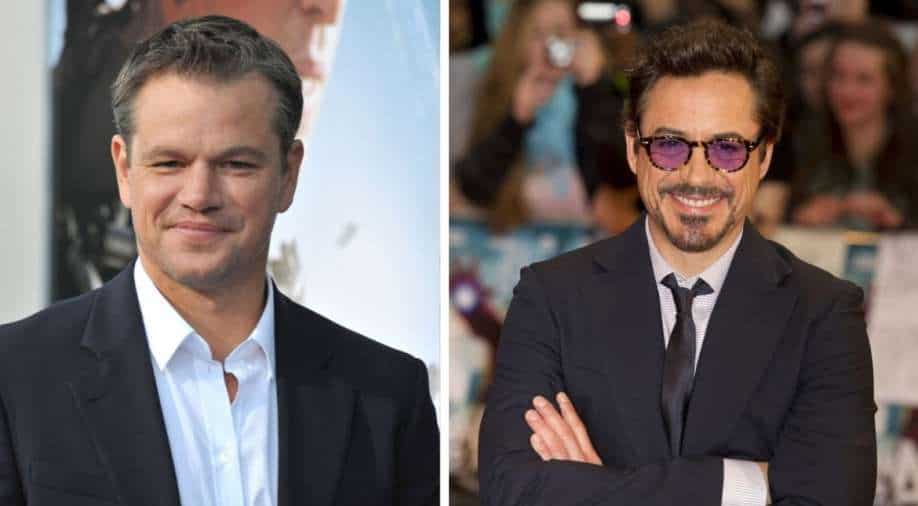 Hollywood stars Robert Downey Jr and Matt Damon have joined the cast of Christopher Nolan's upcoming World War II epic 'Oppenheimer', a film about the development of the atomic bomb.

As per Variety, actors Cillian Murphy and Emily Blunt are already on board for the Universal project, which is a biopic of J. Robert Oppenheimer, one of the fathers of the atomic bomb. Murphy is portraying the theoretical physicist who helped develop the atomic bomb during World War II.

According to sources, Blunt is playing his wife, Katherine 'Kitty' Oppenheimer, while Damon will play Lt. Gen. Leslie Groves, the director of the Manhattan Project, the US research initiative that developed the first atomic bomb.

Downey will play Lewis Strauss, the infamous chairman of the Atomic Energy Commission who initiated hearings that questioned Oppenheimer's loyalty to the United States and famously had the scientist`s security clearance revoked.

Universal Pictures is distributing 'Oppenheimer', which the studio describes as an "epic thriller that thrusts audiences into the pulse-pounding paradox of the enigmatic man who must risk destroying the world in order to save it."
Nolan wrote the script and is directing, while his creative partner and wife, Emma Thomas, is producing with Charles Roven of Atlas Entertainment.

The project is based on 'American Prometheus: The Triumph and Tragedy of J Robert Oppenheimer' by Kai Bird and the late Martin J Sherwin.

Published in 2005, the book won the Pulitzer Prize.This is Nolan`s latest film since the release of `Tenet` last year. Production on the upcoming project will begin in early 2022. `Oppenheimer` is expected to debut in theatres on July 21, 2023.