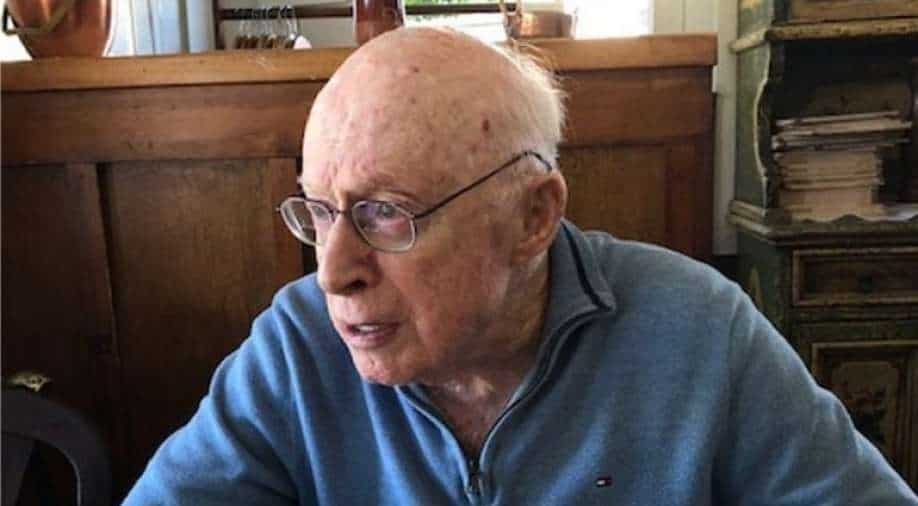 American actor, producer and director Norman Lloyd, whose career of more than 80 years included collaborations with legends such as Charlie Chaplin and Orson Welles, has died at the age of 106.

American actor, producer and director Norman Lloyd, whose career of more than 80 years included collaborations with legends such as Charlie Chaplin and Orson Welles, has died at the age of 106, Variety and Deadline Hollywood reported on Tuesday.

Reuters could not independently confirm the news.

Lloyd had a long run as cancer-stricken Dr. Auschlander on the television hospital drama "St. Elsewhere" in the 1980s.
His last movie appearance as an actor was in the 2015 raunchy comedy "Trainwreck," starring Amy Schumer and directed by Judd Apatow.

"(Lloyd) lit up the set every moment he was on it," Apatow wrote in Vanity Fair at the time.

Lloyd`s movie work also included Martin Scorsese`s "The Age of Innocence" in 1993 and playing the headmaster opposite Robin Williams in the 1989 film "Dead Poets Society."

In the 2007 documentary "Who Is Norman Lloyd," television producer Tom Fontana, who worked with him on “St. Elsewhere,” described Lloyd as a combination of Peter Pan and Father Time.

He was a walking history of entertainment. With his erudite manner, he loved to entertain audiences with stories of his regular tennis matches with Chaplin, his friendships with Gregory Peck and Alfred Hitchcock, working with French director Jean Renoir and actress Ingrid Bergman and giving Stanley Kubrick one of his first film jobs.

Lloyd went so far back that he appears in the earliest surviving footage of American television - a segment of "The Streets of New York" from 1939. It was his first screen credit.

He did not give up tennis until suffering a fall at age 100 and was still driving at 99. Lloyd and wife Peggy had two children and were married for 75 years until her death in 2011 at age 98.

Lloyd was born Norman Perlmutter on Nov. 8, 1914, in Jersey City, New Jersey, and grew up in the New York borough of Brooklyn. His mother took him to Broadway plays and instilled a love of acting that he began pursuing as a boy in local shows. He was still a teenager when he dropped out of New York University to pursue entertainment full time.

He made his Broadway debut in 1935 and the next year appeared in a staging of "The Crime," which was directed by Elia Kazan and also included Peggy Craven, who he would marry.

Lloyd joined the Mercury Theatre, founded by Welles and John Houseman, in time for its 1937 debut, "Caesar," an update of Shakespeare`s "Julius Caesar" with an anti-fascist tone as Adolf Hitler pushed the world to war.

Welles took Lloyd and the rest of the troupe to Hollywood with plans for a movie based on the novel "Heart of Darkness." When the project fell apart, Lloyd returned to New York. That angered Welles and no doubt cost Lloyd a chance at being in Welles` next project, the revered "Citizen Kane."

Instead Lloyd went to work with Hitchcock, which led to his 1942 film debut in "Saboteur," in which his Nazi spy, the title character, dies in a memorable scene - falling from the Statue of Liberty`s upraised arm.

That role led to a long relationship with Hitchcock, including playing a mental patient in "Spellbound" with Peck and working as executive producer and director of the popular television show "Alfred Hitchcock Presents" in the 1950s and `60s.

Hitchcock hired Lloyd despite studio concerns about his connections to left-wing New York theater and Hollywood at a time when such connections led to entertainers ending up on the anti-communist blacklist.

Lloyd first got to know Chaplin on the tennis court in the 1940s and played a key role in "Limelight," Chaplin`s 1952 film about a washed-up comedian and a suicidal dancer, which also featured Buster Keaton.

In the 1950s Lloyd directed a five-part television series, "Mr. Lincoln" about President Abraham Lincoln - a project on which he gave a young Stanley Kubrick his first substantial movie work.

After some fallow years, Lloyd`s career revived in the 1980s with "St. Elsewhere" and recurring television roles in "Wiseguy," "Murder, She Wrote" and "The Practice." In 2010 he had a spot on the sitcom "Modern Family."