Nicolas Cage is surprised with positive 'Pig' reviews, is happy as fans love his acting 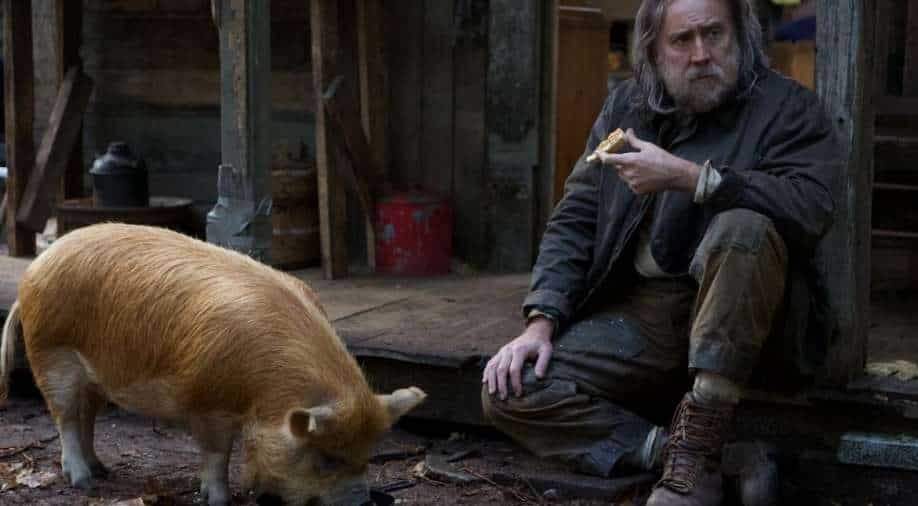 Nicolas Cage stars in the recently released 'Pig' that is currently running in theatres and as fans watch the film, the actor finds the rave reviews surprising and nice. He is happy getting his due finally.

Nicolas Cage is taken by surprise with such a favourable response to his latest film ‘Pig’ that recently premiered on July 13. The Hollywood actor returns to critical acclaim in Neon’s ‘Pig’ in which he plays a reclusive truffle hunter drawn into Portland when his porcelain pet is stolen.

Nicolas Cage, while talking to The Hollywood Reporter during the premiere, said, “It’s very nice to have enthusiastic response. It’s a little surprising, but very nice.”

On doing the film, Nicolas said, “I understood the profound connection we can have with our animal brothers and sisters. I know I rely heavily on my friendship with my cats, and I haven’t seen many movies about that, about this relationship between people and their animal friends.”

With the film getting such a positive response, Pig director Michael Sarnoski said, “It’s kind of crazy because it’s like people are just realizing that Nic is a really good actor, which I thought we all knew for a very long time. I know he does very bombastic performances sometimes, but he’s a great actor and he’s been that way his entire career. I feel silly taking any sort of credit or having this movie take any sort of credit for that, but I’m happy that people are recognizing that in this film.”

‘Pig’ is currently in theatres.