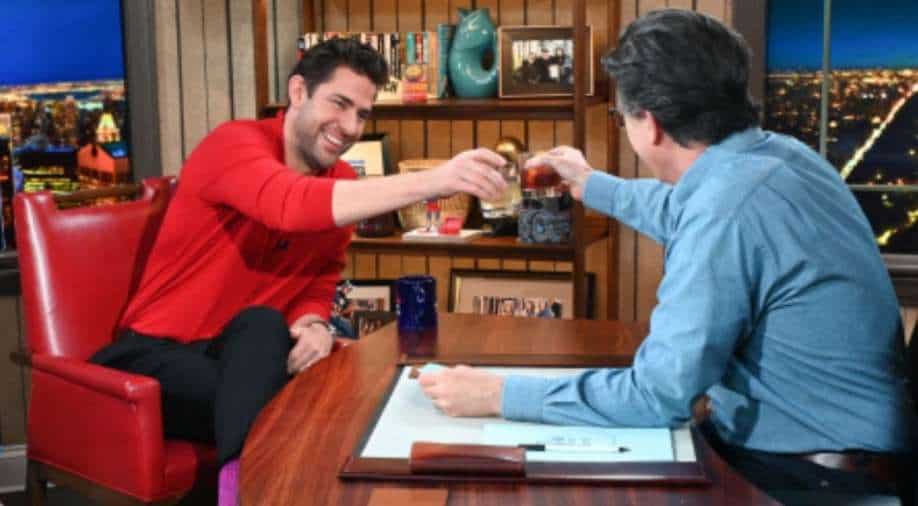 After a gap of 14 months, Stephen Colbert welcomed actor-director-producer John Krasinski with an arm wrestling contest

Look who ‘The Late Show With Stephen Colbert’ had for the first time since the pandemic forced makers to stop having over in-person guests at the studio!

After a gap of 14 months, Stephen Colbert welcomed actor-director-producer John Krasinski with an arm wrestling contest.

‘The Office’ star appeared in the Ed Sullivan Theater office building -- albeit in Colbert’s make-shift studio rather than the traditional spot. John had come over what many think is a promotional visit for upcoming ‘A Quiet Place Part II’ -- which he wrote and directed, and appeared in flashback scenes alongside his wife Emily Blunt.

Meanwhile, during the pandemic, John Krasinski ran a hit online show ‘Some Good News’ on YouTube. There were also talks to turn the viral pandemic smash web series into a TV series but it couldn't materialise.