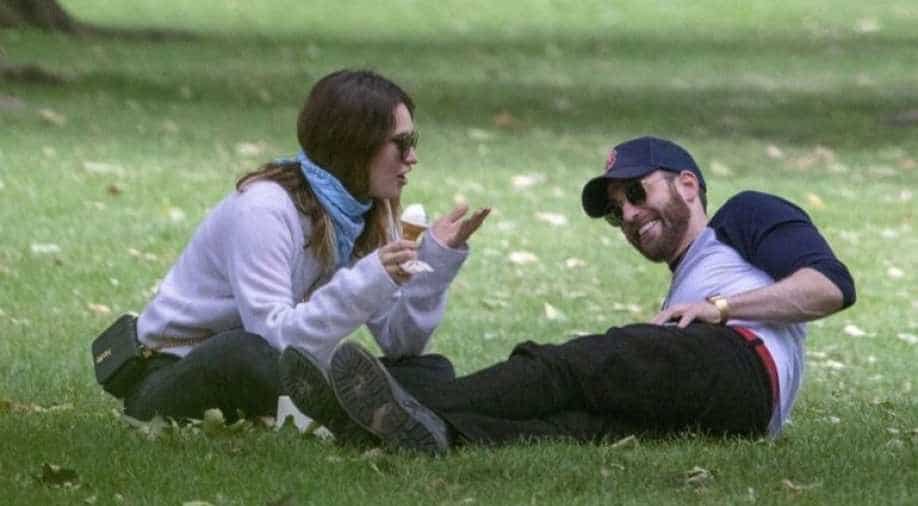 Chris Evans and Lily James first sparked romance rumours after they were spotted together at a club in Mayfair back in July.

After months of speculation, Lili James chooses to stay silent on rumours that she and 'Captain America' actor Chris Evans are dating.

In a recent interview, the actor didn't gave out a straight answer when asked if she was or not dating the Marvel star. However, the 31-year-old actress instead shared the advice that she would like to give to her younger version, ''Don't be obsessed by boys!'' she told the magazine. ''Hang out with your girl mates. And don't take everything so seriously - be kind to yourself.''

Further talking, Lily said, she still feels like a child in her 30s as she's still 'searching' for who she is.

The actors first sparked romance rumours after they were spotted together at a club in Mayfair back in July and. They were later spotted hanging out in a park during the pandemic.

Lili James is well known for her role as Disney's live-action 'Cinderella' and was last linked romantically to 'The Crown' actor Matt Smith, whom she dated for five years. Chris was in a relationship with Jenny Slate.

Meanwhile, Lili James will be next seen in Netflix's adaptation of Daphne Du Maurier's classic 'Rebecca' in October.