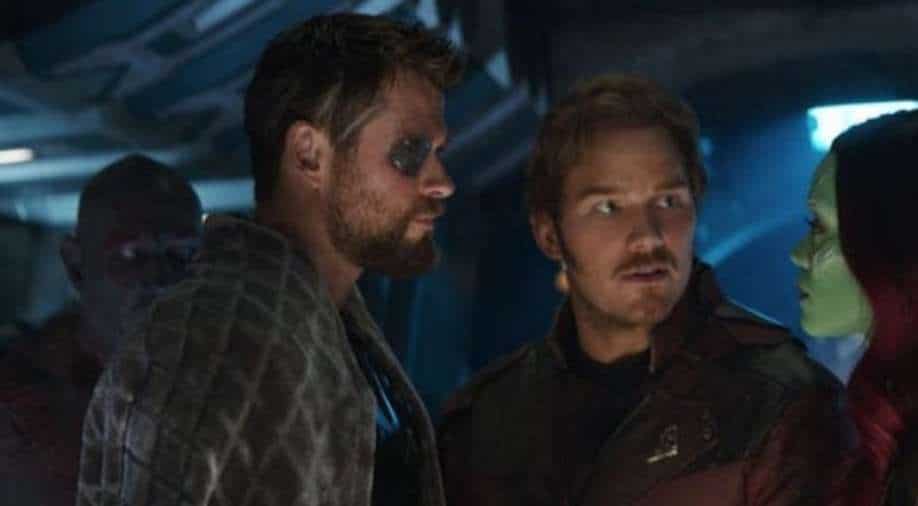 The first images from the sets of 'Thor: Love and Thunder' are here and it piques the curiosity of the fans.

The first images from the sets of 'Thor: Love and Thunder' are here and it piques the curiosity of the fans. The cast and crew are currently filming in Australia and photos from the sets of the film have leaked online.

The images have Hemsworth and Pratt filming a scene together on the sets where Hemsworth can be seen sporting long hair, blue jeans and a red vest. While Pratt is seen wearing Star Lord's long robe.

Actor Sean Gunn, who appears in the 'Guardians of the Galaxy' films with Pratt, and a double for Karen Gillan's Nebula, can also be seen in some of the images.

More pictures of Chris Hemsworth and Chris Pratt on the set of #ThorLoveandThunder!

'Thor: Love and Thunder' is being helmed by Taika Waititi and also features Natalie Portman (as female Thor), Tessa Thompson and Christian Bale who debuts in Marvel Universe as an antagonist.

'Thor: Love and Thunder' is scheduled to release on February 11. The film is part of phase four of the Marvel Cinematic Universe which kicked off recently with the premiere of web series 'WandaVision'.