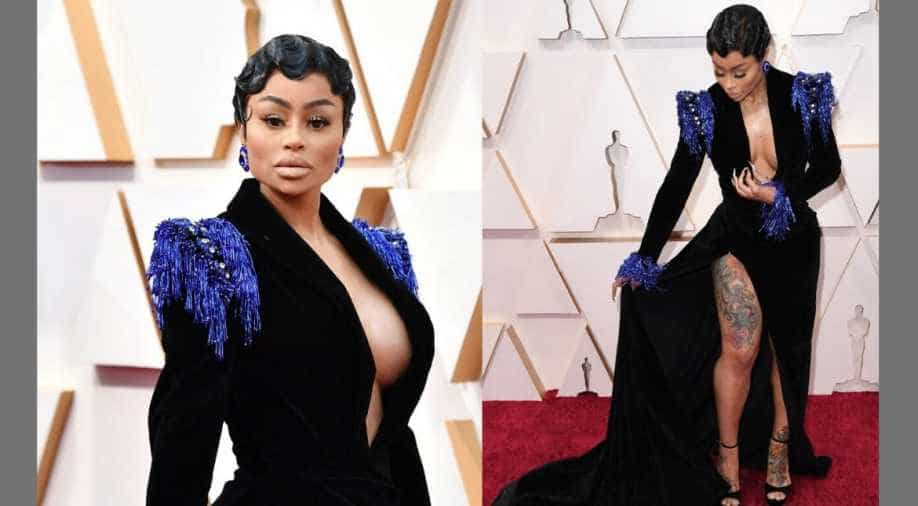 Kris Jenner testified for the second day from the witness stand in a Los Angeles courtroom on Friday that she believed Chyna attempted to murder her son.

After certain bombshell testimonies, Kris Jenner has made a shocking revelation about a volatile 2016 argument she heard about between her son Rob Kardashian and his then-girlfriend Blac Chyna.

"He had a gun put at his head," Jenner said on Friday while testifying amid Chyna`s USD 100 million lawsuits against the famed reality TV family, according to The Hollywood Reporter.

The momager, 66, testified for the second day from the witness stand in a Los Angeles courtroom on Friday that she believed Chyna attempted to murder her son.

As per the outlet, she said "she was told that Chyna pointed a gun at Kardashian`s head, tried to strangle him with a phone cord and hit him with a metal pole while intoxicated.""It was complete chaos. It was scary," said Jenner.Jenner is the first of four defendants, a group that also includes her daughters Kim Kardashian, Khloe Kardashian and Kylie Jenner, to testify in Blac Chyna`s USD 100 million lawsuits alleging the women conspired to have her reality show `Rob and Chyna` cancelled and damage her celebrity status.

As per The Hollywood Reporter, Chyna testified that she was joking with her fiance when she wrapped a phone cord around his neck and grabbed his unloaded gun off a nightstand.But Kris Jenner said putting a gun to her son`s head was "not a joke.""He was a mess. I could only imagine how he felt. ... This was a horrible situation. I was heartbroken," Jenner recalled while talking to her son after the incident on December 15, 2016.

According to The Hollywood Reporter, Jenner started crying while recalling the Rob Kardashian-Chyna spat, which happened months after Kim Kardashian was robbed at gunpoint in Paris. She said knowing that both her children had a gun pointed at them within the same year was traumatizing for her.

The outlet reported that Kris Jenner said her "boyfriend Corey Gamble separated her son and Chyna -- who she says smashed an expensive television in the master bedroom. But after Gamble pulled them apart and asked Rob Kardashian to leave, she was told that Chyna smashed a chair on the windshield of her son`s car."In her questioning, Chyna`s lawyer, Lynne Ciani, asked why Jenner or anyone else did not call the police.

She said she wanted to help Chyna and arguments between the couple were an "ongoing theme" in their relationship that included "alcoholic beverages and drugs"."We didn`t put Chyna on the show and give her this fabulous life to be taken away, we created other opportunities. I was hopeful that it would be OK. That`s why I didn`t call [the police]," she said.

As per The Hollywood Reporter, Ciani also tried to gain clarity about a text message sent from Jenner to `Rob and Chyna` showrunner that read Chyna "beat the [expletive] out of Rob`s face."She said the phrase was used as a figure of speech and compared her reference to Will Smith slapping Chris Rock during the recent Oscars."It`s like you`re at an awards show, and you get slapped," Jenner said.Ciani asked about another text she sent to the showrunner that read "We need to ditch this [expletive]" after her son`s altercation with the Chyna.Jenner said she was very angry and upset at the time, but she claims she never had any involvement in hampering Chyna`s time on the show, reported the outlet.Chyna`s lawsuit, filed in 2017, alleges defamation and interference with contracts. It accuses Kris Jenner of being a ringleader who used her daughters in a campaign to defame Chyna as abusive to Rob Kardashian.Kris Jenner would be an executive producer on the couple`s `Keeping Up with the Kardashians` spinoff, `Rob and Chyna`, which premiered on the E! Network, later in September of 2016.

As per The Hollywood Reporter, Jenner said she had nothing to do with the network deciding to not pick up the reality show for a second season.For the unversed, Chyna and Rob Kardashian share a daughter named Dream