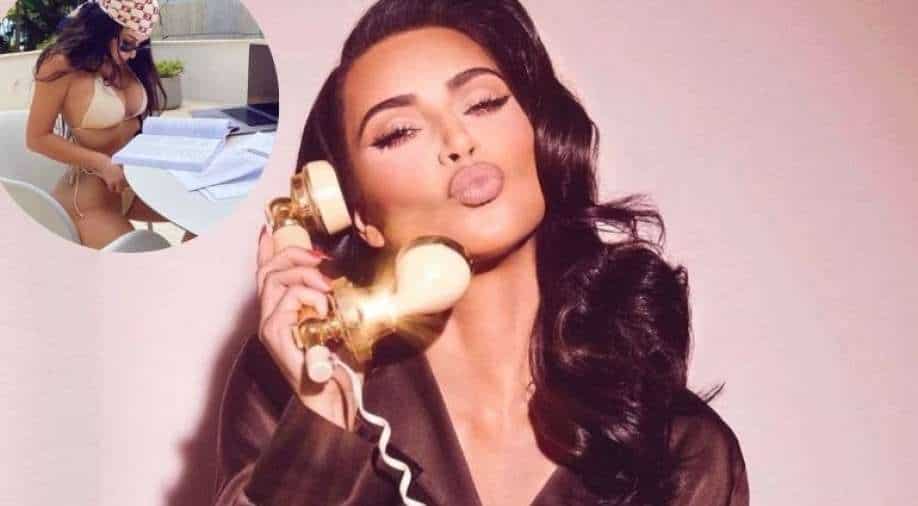 On the finale episode of 'Keeping Up with the Kardashian', Kim revealed that she had failed the baby bar the second time.

Kim Kardashian is bummed for failing her law exam. It seems her journey of becoming a lawyer keeps getting harder. On the finale episode of 'Keeping Up with the Kardashian', Kim revealed that she had failed the baby bar for the second time.

"I failed! F–k! I failed," the 40-year-old told her lawyers on the phone about her second attempt at the test. "This is really annoying."
The mom of four said her score was "pretty much the same thing … (but) a little bit worse" than the first time she took it and failed.

As per Page Six, the baby bar is a test in California for first-year legal students who are not taking classes at accredited schools and are learning under a private tutor.

"I feel bummed, like totally bummed," she said.  "It is what it is, I know I just have to not stress about it, there's so many other f------ things, stressful things, going on, I just have to do better in the future," she added.

Kim's sister Khloe, meanwhile, said some good words about how she gave the exams while she was sick with COVID-19. "I'm so annoyed," Kim then told sister Khloé Kardashian on the phone. "You're so supportive and I didn't come through."

"Honestly you had COVID, you had your 40th birthday, you're dealing with so much, personally, in your relationship, and just quarantine in itself, and I really don't think this last time counted," said Khloe.

"Kim is dealing with a lot of other things at the same time - the fact that she had COVID and with the show and her relationship with Kanye, so I think you must give herself a little credit just for taking the baby bar," she told the cameras.