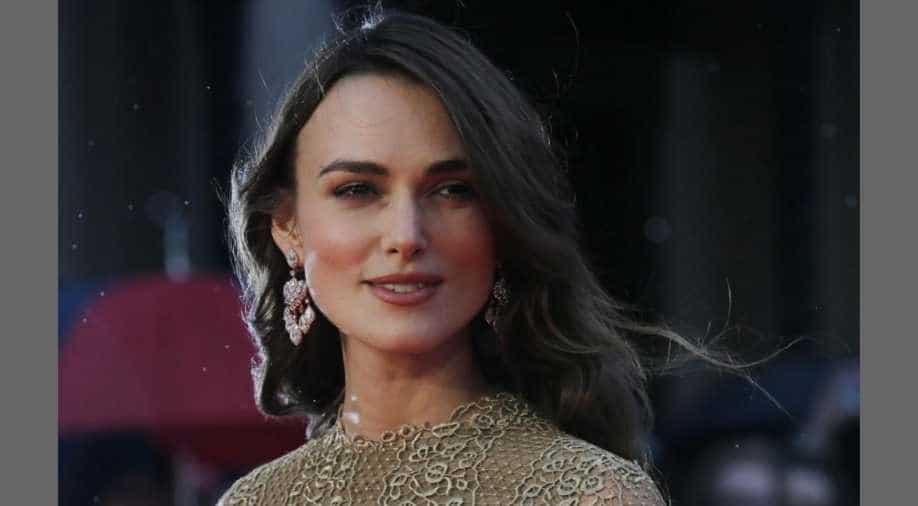 Keira Knightley's daughters-Edie, 6, and Delilah, 2,- had contracted the virus but recovering fast.

Keira Knightley has revealed she is suffering from COVID-19 and feeling pretty 'rubbish'.

Knightley spoke to The Telegraph's Stella magazine recently and revealed that she and her family are in quarantine after contracting the disease.

Knightley explained that her daughters Edie, 6, and Delilah, 2, are recovering quicker than she is, while her husband James Righton, 38, is asymptomatic. "He is being very smug about it — he is convinced it's because he's one of those cold-water swimmers and I'm not," the actress said.

Knightley also opened up about her experience filming her new comedy-horror movie 'Silent Night', set during Christmas on the eve of an environmental apocalypse.

Filming kicked off in the UK in February 2020, a month before the pandemic began.

"We were filming scenes about the shops running out of food at the same time as the news was becoming full of stories that all of the toilet paper had gone," she recounted. "It was incredibly strange for everyone."

"I think it should come with a warning, because now everybody is coming to the film with a lived experience, hopefully not as horrific as this one, but it has suddenly become a lot more raw," Knightley added.

The actress had pulled out of her role in the Apple TV+ original series 'The Essex Serpent' citing "family reasons" amid the pandemic.

"As the COVID cases increase in the UK and additional lockdown and restriction rules are potentially being imposed, with so many unknowns, there wasn't a comfortable scenario for Keira that could be put in place for an extended period of child care required for the 4.5-month production," Knightley's rep had said back in October 2020.