Joyful 'In the Heights' is love letter to Latinos in US 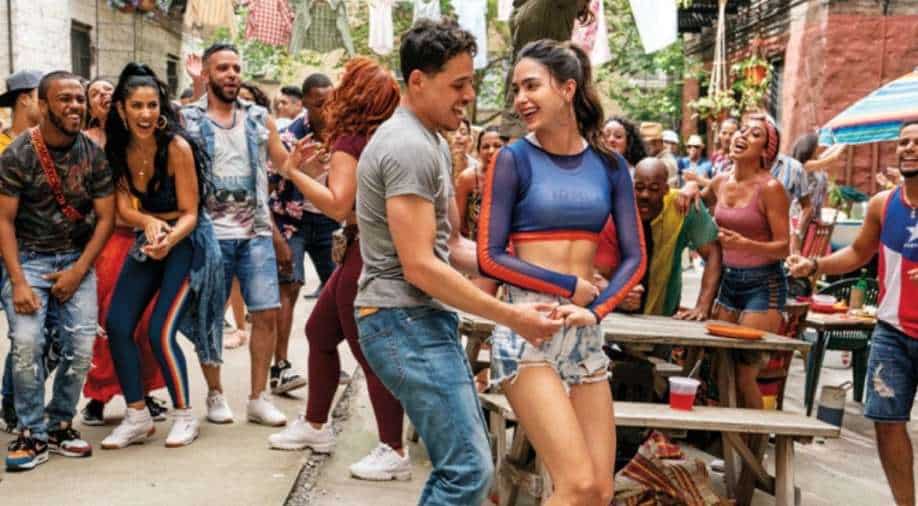 The musical was filmed largely on location in Washington Heights, a choice that brought the authenticity that director Jon M. Chu and the musical's creator, Lin-Manuel Miranda, were aiming for.

It's taken 13 years to make its way from the stage to the big screen, but 'In the Heights' is throwing a party and wants everyone to join in.

Opening in movie theatres on Thursday and streaming on HBO Max, Hollywood`s biggest Latino film in decades tells the stories of the dreams and challenges of the largely immigrant community in Manhattan`s Washington Heights neighbourhood.

The musical was filmed largely on location in Washington Heights, a choice that brought the authenticity that director Jon M. Chu and the musical's creator, Lin-Manuel Miranda, were aiming for.

"They`ll yell at you if you`re parking in their space, but they`ll also invite you in for a beer. And they`re also, when you`re performing, they`re hanging out the window with their flag, cheering you on," said Chu. Corey Hawkins, who plays taxicab employee Benny, was raised in the neighbourhood and says filming there was like coming home.

"It was during the summer. So the kids were out on the streets. The fire hydrants were literally open. And it was just ... it was like magic. It was one of the best summers I`ve ever had," he said.

Aside from Jimmy Smits, most of the cast are rising Latino singers, dancers and actors who hope the movie will open the door to others that showcase their community.

"You`ll see all the flags from all the Latin American countries on the screen at one point," Barrera said. "It feels like this movie is the unicorn and it`s the one and only like this. And it shouldn't be; there should be more.
"
Smits, who was an early supporter of Miranda's stage musical of the same name, gets emotional when talking about the impact he hopes the film will have both for Latinos and beyond.

"Every movie, you want it to resonate universally," Smits said. "The delivery system being the musical here, it`s just joy, and we need this right now."