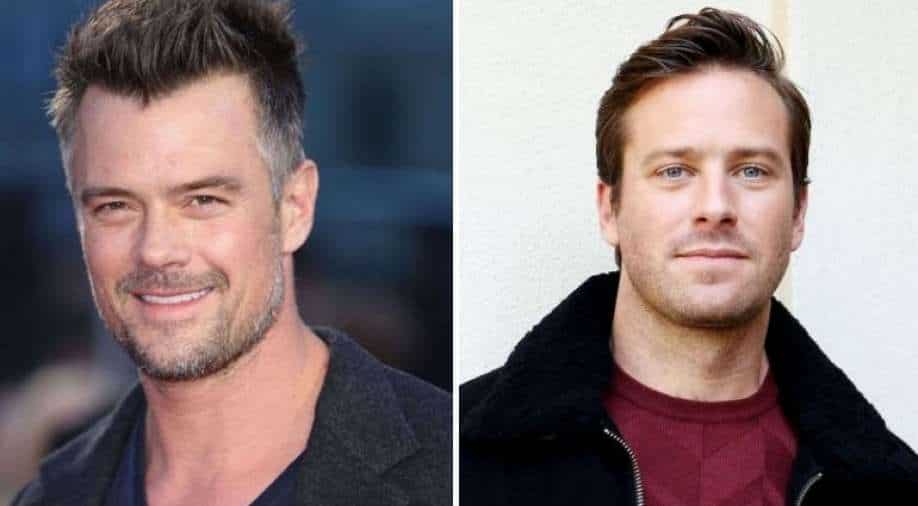 Josh Duhamel has joined the cast of 'Shotgun Wedding'. Duhamel will be playing the part that was earlier offered to Hammer.

Days after Armie Hammer walked out of 'Shotgun Wedding' amid raging controversy, actor Josh Duhamel has joined the cast of the film. Duhamel will be playing the part that was earlier offered to Hammer. The film co-star Jennifer Lopez.

Reports had surfaced earlier this month suggesting that Duhamel was in talks to replace Hammer in the upcoming film. Hammer dropped out of the project amid a scandal involving unverified accusations about his sexual fantasies.

"Lionsgate is supporting me in this and I`m grateful to them for that," Hammer added.

A production spokesman for the upcoming movie previously told People magazine, "Given the imminent start date of Shotgun Wedding, Armie has requested to step away from the film and we support him in his decision."

Earlier this month, Hammer trended on social media after several graphic direct messages allegedly from the actor were leaked. "I need to drink your blood," the 34-year-old allegedly wrote. Another message read, "You`re my angel! You`re made to save me." Writer Jessica Ciencin Henriquez, who was reportedly linked to Hammer in September 2020, said the messages "are real," adding, "I stand by women, and I hate men who don`t."

Meanwhile, `Shotgun Wedding`, which is produced by Lopez and actor Ryan Reynolds, is scheduled to begin filming on February 22 in the Dominican Republican. The romantic comedy film follows a couple named Tom and Darcy (Duhamel and Lopez) bringing their families together for a destination wedding.

But the dream wedding starts to fall apart when they get cold feet once they arrive at the location. Then, the pair are soon forced to come together to rescue their families from a dangerous hostage situation.

Jason Moore will direct from a screenplay by Mark Hammer and Liz Meriwether. The film will be produced by Mandeville`s Todd Lieberman and David Hoberman along with Lopez, Reynolds, Elaine Goldsmith-Thomas, and Benny Medina.

'Shotgun Wedding` is Duhamel`s latest project following his 2020 films `The Lost Husband` and `Think Like a Dog`.

Lopez recently bankrolled and starred in the films `Hustlers` and `Second Act`. She also executive produced the Freeform series `Good Trouble` and NBC`s `World of Dance`.