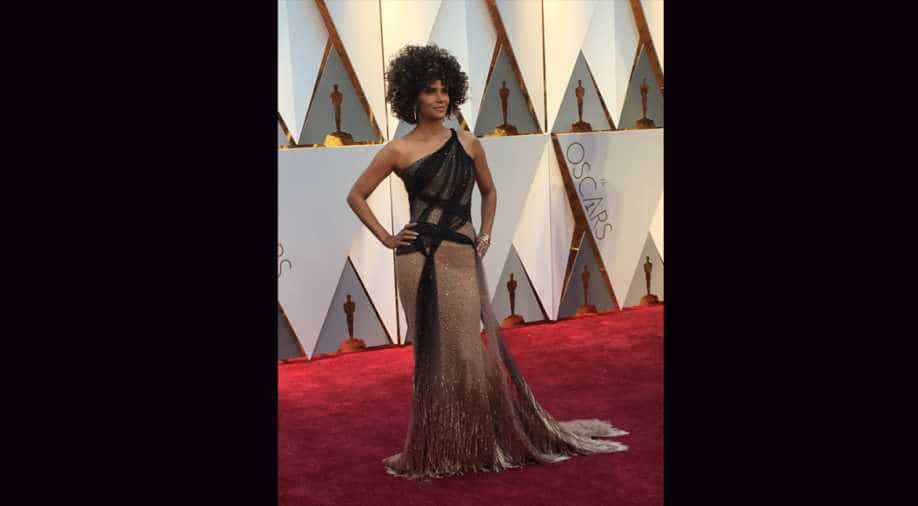 US actress Halle Berry was breathtaking in black and beige. Photograph:( Twitter )

Halle Berry is teaming up with Netflix for another movie. The actress is set to star and produce the new sci-fi film 'Mothership'. Before this, the streaming service picked up her directorial debut 'Bruised'.

Academy Award screenwriter nominee Matt Charman will write and direct the script. Fred Berger, Brian Kavanaugh-Jones and Danny Stillman are the producers of the new project under their Automatik banner.

The movie follows the story of Sara Morse when her husband mysteriously vanished from their rural farm and discovers an extraterrestrial object underneath her home. She then sets out with her kids to try and discover the truth and find her husband.

Meanwhile, The actress is also set to star in Roland Emmerich's sci-fi movie 'Moonfall'. In the movie, she will appear opposite Patrick Wilson and Charlie Plummer.