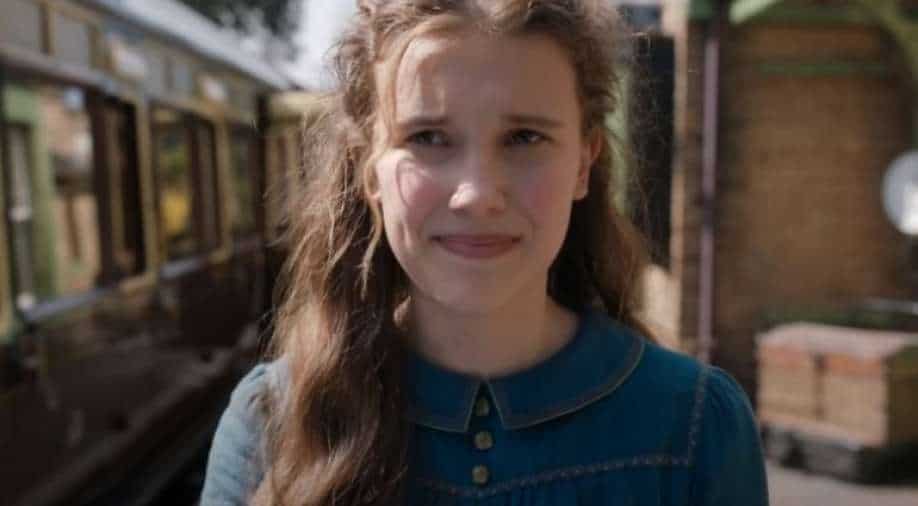 Millie Bobby Brown and Henry Cavill have coming together again as Holmes siblings in the sequel of `Enola Holmes`.

Actors Millie Bobby Brown and Henry Cavill have coming together again as Holmes siblings in the sequel of `Enola Holmes`. The first film which premiered oin Netflix in 2020 featured Bobby Brown as the female sleuth and sister of Sherlock Holmes.

Reports state Brown and Cavill will reprise their roles as Enola and Sherlock, respectively, for the upcoming sequel. Cavill will return as Enola`s big brother Sherlock Holmes in the new adventure, which puts a dynamic female twist on the world`s greatest detective and his brilliant family.

Director Harry Bradbeer and writer Jack Thorne are also returning for the sequel to the 2020 hit film.

Speaking about the upcoming installment, Brown said, "I can`t wait to collaborate again with my `Enola Holmes` family. Enola holds a special place in my heart -- she`s strong, fearless, intelligent and brave. I look forward to fans seeing how her journey continues."

Based on the beloved `Enola Holmes Mysteries` book series, the films tell the story of Sherlock Holmes` rebellious teen sister, who is a gifted super-sleuth in her own right and often outsmarts her famous siblings.

Written by Nancy Springer, the six-book series has been nominated for multiple Edgar Awards.The sequel is being developed and produced by Legendary in partnership with Netflix after the streamer acquired the worldwide rights (excluding China) to the first film from Legendary last year.

Brown produced the first `Enola Holmes` film and is set to bankroll the sequel along with her sister Paige Brown under their PCMA Productions banner.

Legendary`s Mary Parent, Alex Garcia and Ali Mendes will serve as producers on the new project, with Bradbeer, Thorne, Michael Dreyer and Legendary`s Joshua Grode as executive producers. Brown was last seen in the monster hit `Godzilla vs. Kong`, made by Legendary, and has season four of Netflix`s `Stranger Things` in the pipeline.

Cavill is the star of Netflix`s fantasy series `The Witcher`, whose second season is due to hit later this year. The makers are yet to announce the release date of `Enola Holmes` sequel.