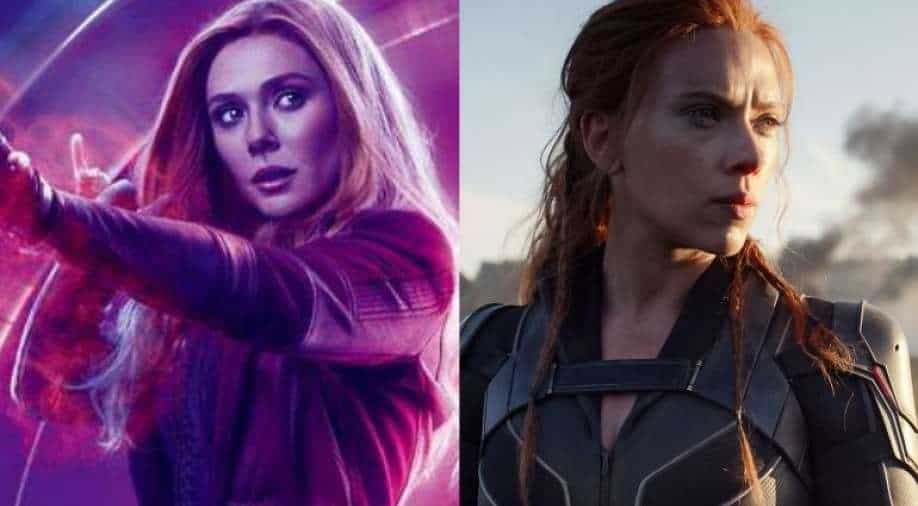 Scarlett Johansson is known for playing the powerful Scarlet Witch in the MCU.

Scarlett Johansson's legal battle with Disney over 'Black Widow' is not ending soon and now Marvel another star Elizabeth Olsen is backing the star.

Olsen, who is known for playing the powerful Scarlet Witch in the MCU, is the first Marvel star who have talked about the recent controversy. 'I think she's so tough,' Olsen, 32, told Vanity Fair in a joint interview with Jason Sudeikis. 'Literally, when I read that, I was like, 'Good for you, Scarlett.''

Elizabeth added, “When it comes to actors and their earnings, I mean, that’s just, that’s just all contracts. So it’s either in the contract, or it’s not,” she concluded.
Sudeikis added of Johansson's lawsuit: 'Well, I mean, it is appropriately bad-ass and on brand.'

For the unversed, Scarlett sued Disney over its decision to release the superhero movie 'Black Widow' on streaming at the same time as in theatres, alleging a breach of contract which cost the star millions of dollars. One of Hollywood's biggest and top-paid stars was entitled to a percentage of box office receipts from the much-anticipated Marvel film, according to a lawsuit filed at Los Angeles Superior Court.

And recently,  Johansson’s lawyers slammed Disney and fired back by accusing the company of trying to ‘hide misconduct’.
Responding to the Johansson bombshell lawsuit, that was filed on July 29, Disney filed a request demanding, that the legal battle be moved to arbitration, which would take the issue behind closed doors and out of the public eye.