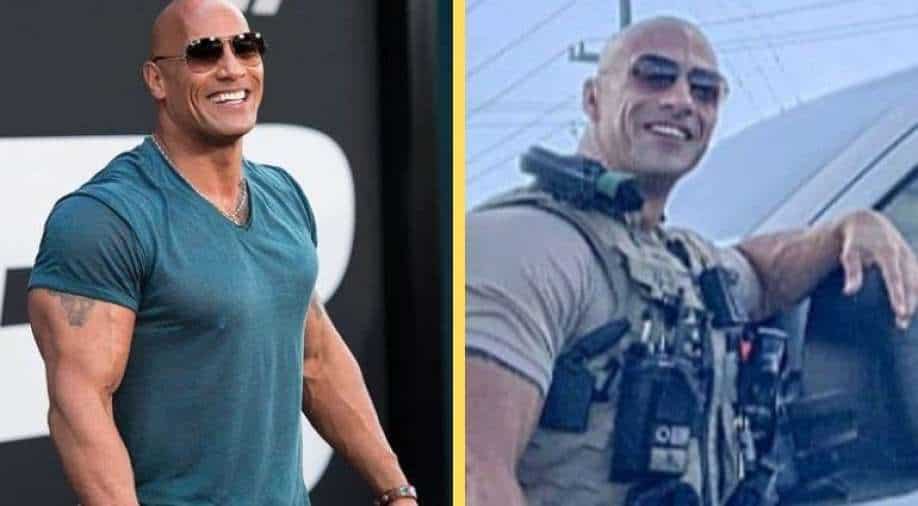 Dwayne Johnson's internet twin is none other than Alabama Morgan County Patrol, Lieutenant Eric Fields and now The Rock wants to be friends with him. Check out inside for how Dwayne invited his doppelganger for a get together.

A few days back, the internet went crazy after they found The Rock's internet twin who is none other than Alabama Morgan County Patrol Lieutenant Eric Fields. Now Dwayne Johnson has finally responded to his doppelganger.

From Dwayne Johnson to Gal Gadot: Celebrities look-alike that will surely blow your mind

After netizens went frezy and made sure that Dwayne was aware of his lookalike. Responding to it, the actor took his Twitter to post a side-by-side photo of himself and his police officer doppelgänger.

Oh shit! Wow.
Guy on the left is way cooler.
Stay safe brother and thank you for your service. One day we’ll drink @Teremana and I need to hear all your “Rock stories” because I KNOW you got ‘em 😂😈👊🏾🥃 #ericfields https://t.co/G38tOr68cW

Calling him cooler than him, the' Black Adam' star wrote, ''Oh shit! Wow. The guy on the left is way cooler. Stay safe brother and thank you for your service. The actor also invited the cop to have a drink sometime, ''One day we’ll drink @Teremanaand I need to hear all your “Rock stories” because I KNOW you got ‘em Face with tears of joy smiling face with horns fitted handTumbler glass  #ericfields''.

According to Alabama news outlet AL.com, Lt. Fields has worked with the Morgan County Sheriff's Office for 17 years in various roles. "I've been called The Rock and Vin Diesel's love child," Fields told AL.com. "I go along with it. It's humorous. It's flattering. It could be worse people, I guess."

Meanwhile, after a raging success of Dwayne Johnson, Emily Blunt's 'Jungle Cruise', Disney has already started working on its sequel. The film, which is based on a theme park by the same name, had a hybrid release on July 30 in American theatres as well as on Disney +.