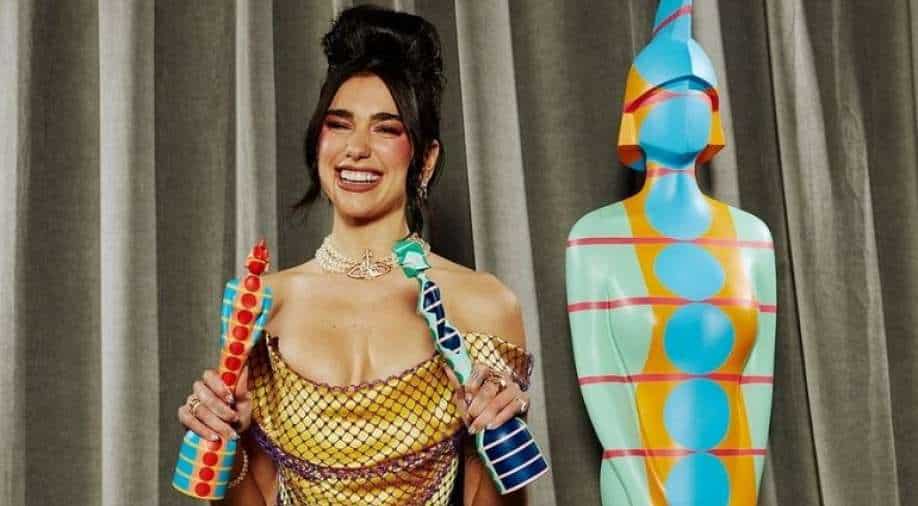 British singer and songwriter Dua Lipa recently spoke out after being accused of anti-Semitism due to her support of Palestinians in the ongoing conflict in the Middle East.

According to Fox News, the singer is taking an organization to task after it paid for a full-page ad in a news outlet that called her anti-Semitic for her support of Palestinians, saying it used her name shamelessly to "advance their ugly campaign with falsehoods and blatant misrepresentations."In the rambling ad, which appeared in Saturday`s newspaper in the main section, Rabbi Shmuley Boteach, the head of the World Values Network, named Lipa, and the models Bella and Gigi Hadid as three "mega-influencers" who have "accused Israel of ethnic cleansing" and "vilified the Jewish State."Bella Hadid has previously shown her support for the Palestinian people on social media.

Dua further continued, "This is the price you pay for defending Palestinian human rights against an Israeli government whose actions in Palestine both Human Rights Watch and the Israeli human rights group B`Tselem accuse of persecution and discrimination."

She concluded the post by adding, "I take this stance because I believe that everyone - Jews, Muslims and Christians - have the right to live in peace as equal citizens of a state they choose. The World Values Network are shamelessly using my name to advance their ugly campaign with falsehoods and blatant misrepresentations of who I am and what I stand for.I stand in solidarity with all oppressed people and reject all forms of racism."

Tensions increased in the Middle East since May 10, when Hamas militants in Gaza fired long-range rockets toward Jerusalem. The barrage came after days of clashes between Palestinian protesters and Israeli police at the Al-Aqsa Mosque compound.

As per Fox News, a cease-fire was declared on Friday. The 11-day war left more than 250 dead, the vast of whom were majorly Palestinians, and also brought widespread devastation to the already impoverished Hamas-ruled Gaza Strip.