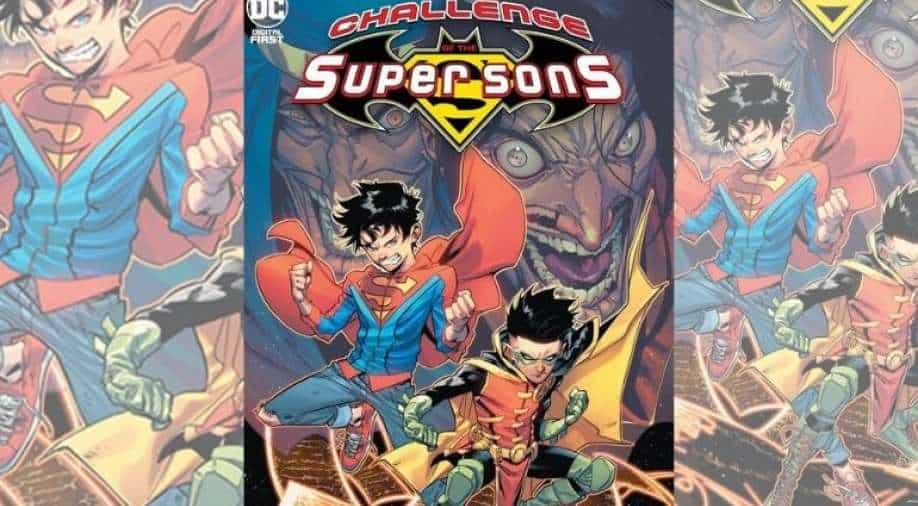 In the new 14-part series, Damian and Jon have to deal with the fact that the Justice League are marked for death, literally; their names appear on the Doom Scroll, a mystical artefact that threatens certain death for anyone whose name is written upon it.

In a move to continue its digital offerings, DC has announced `Challenge of the Super Sons`, a new digital series that will team Jon Kent and Damian Wayne for the first time. The show will be launched in mid-December.

According to a news agency, even though Superboy is currently in the 31st century as part of the `Legion of Super-Heroes` series, and Damian`s status as Robin seems very much in doubt as a result of recent events in the `Teen Titans` and `Detective Comic`s titles, `Challenge` will sidestep both problems by being set in the past - specifically the immediate aftermath of the previous outing for the 'Super Sons'-  2018`s `Adventures of the Super Sons`.

Like the previous series, `Challenge` will be written by Peter J Tomasi, with Max Raynor on art, assisted by Jorge Corona and Evan Stanley.

Tomasi said in a statement, "Stories about Jon and Damian at this time in their lives allows me to tap back into those early years of my own life of being a crazy kid, while also allowing me to mine the fertile ground of my own son`s current adventures, which in turn helps keep me tapped into the general zeitgeist of today`s youth and what they`re going through and thinking about."

"Jon and Damian are so different -- the angel and the devil on your shoulder so to speak -- with each one having such a distinctive backstory and perspective that the drama between them is organic and damn easy to bring to life on the page. Best of all, it`s a helluva lotta fun!"

In the new 14-part series, Damian and Jon have to deal with the fact that the Justice League are marked for death, literally; their names appear on the Doom Scroll, a mystical artefact that threatens certain death for anyone whose name is written upon it.

To make matters more complicated, even if the Super-kids can save their parents, no-one can know they were responsible. As per The Hollywood Reporter, `Challenge` will follow similar digital-only launches from DC including `Injustice Year Zero`, `DCeased`: `Hope at World`s End` and anthologies such as `Represent!`.

In April this year, DC expanded its digital program with the addition of a number of character-centric anthologies, ensuring constant streams of new content even as the print publication went on a temporary hiatus as a result of the COVID virus. `Challenge of the Super Sons` is set to launch on December 14.