Dakota Johnson talks about her private relationship with Chris Martin 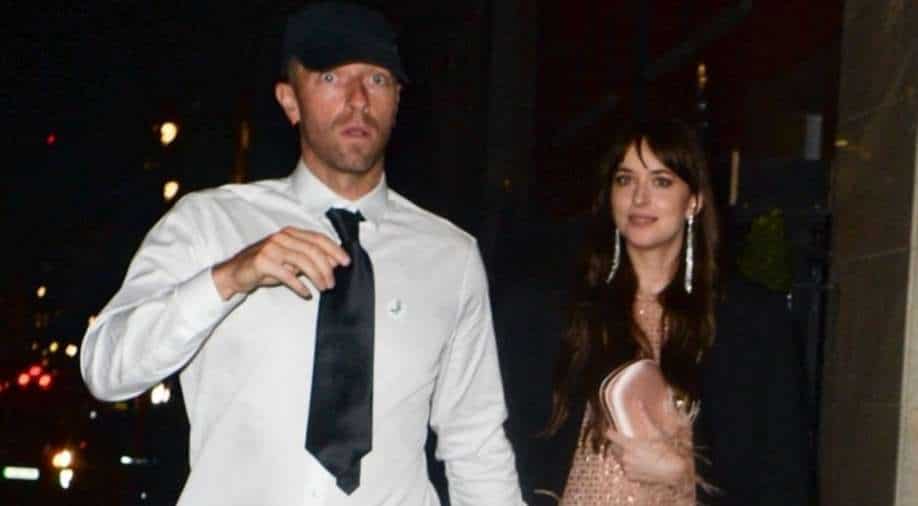 Chris Martin, Dakota Johnson at the premiere of 'The Lost Daughter Photograph:( Twitter )

Dakota Johnson and Coldplay, who kept her relationship pretty low-key began dating in 2017.

Dakota Johnson and Coldplay lead man Chris Martin are one of Hollywood's most private couples. Recently, Johnson gave a rare insight into her relationship with the singer.

While promoting her new film, 'The Lost Daughter', Johnson revealed how they enjoy a "cozy" and "private" life together.

In an interview with Elle UK, the 'Fifty Shades' actor said, "We've been together for quite a while, and we go out sometimes, but we both work so much that it's nice to be at home and be cozy and private."

"Most of the partying takes place inside my house,'' she added.

The couple, who kept their relationship pretty low-key began dating in 2017. After three years of dating, the couple moved in together and lived in Martin's Malibu mansion, which he recently sold and purchased another home in the area.

Johnson and Martin have sparked engagement rumours in the past, the couple has not publicly shared any plans to tie the knot.

Meanwhile, Martin shares two children with his ex-wife Gwyneth Paltrow and has remained close to his partner.