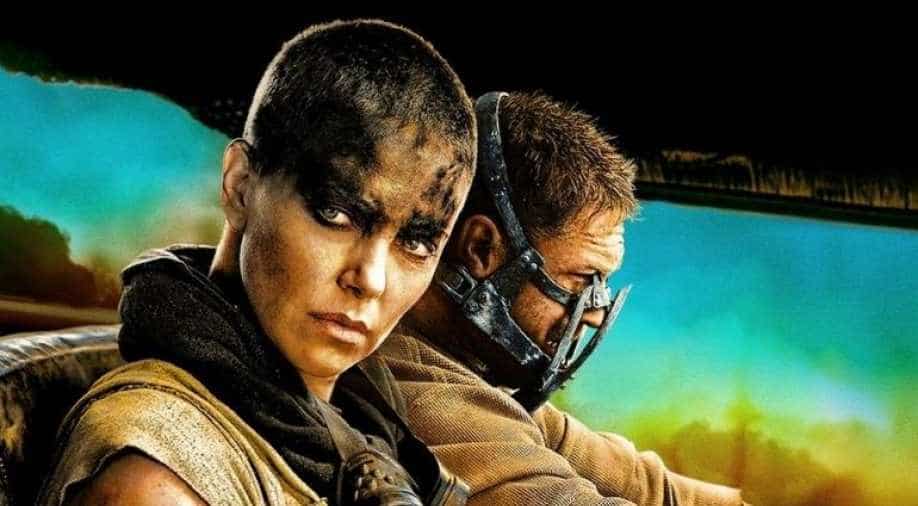 Over the years, both Charlize Theron and Tom Hardy have been outspoken about the blowup.

All was not well during the filming of 'Mad Max: Fury Road' where lead actors Charlize Theron and Tom Hardy got into a major altercation. The incidents have been now revealed in a new oral history book centred around the movie's production.

In 'Blood, Sweat & Chrome,' a book that sheds light on the film Theron, 46, explains the brother-sister dynamic she shared with Hardy and ultimately says the rift between the two actors shouldn’t have spilled into production in the myriad of ways they allowed it to.

"It was like two parents in the front of the car. We were either fighting or we were icing each other — I don’t know which one is worse — and they had to deal with it in the back. It was horrible! We should not have done that; we should have been better. I can own up to that," she explained.

Another on-set crew member recalled an incident that made Theron feel threatened due to Hardy's behaviour.
Theron had reportedly charged on Hardy when he arrived on the sets three hours late while she sat waiting for him in full costume and makeup.

"I remember vividly the day," camera operator Mark Goellnicht explained. "The call on set was eight o’clock. Charlize got there right at eight o’clock, sat in the War Rig, knowing that Tom’s never going to be there at eight even though they made a special request for him to be there on time."

Goellnicht alleged that Hardy "was notorious for never being on time in the morning. If the call time was in the morning, forget it — he didn’t show up."

'Mad Max: Fury Road' took home six awards out of its 10 nominations at the 2016 Oscars.

"She jumps out of the War Rig, and she starts swearing her head off at him, saying, ‘Fine the f--king c--t a $100,00 for every minute that he’s held up this crew,’ and ‘How disrespectful you are!'" Goellnicht claimed.

"She was right," he continued. "Full rant. She screams it out. It’s so loud, it’s so windy — he might’ve heard some of it, but he charged up to her and went, ‘What did you say to me?' (Hardy) was quite aggressive. She really felt threatened, and that was the turning point."

Theron apparently ushered in producer Denise Di Novi to shadow her on set afterwards so that the scenes were performed smoothly.

Over the years, both Theron and Hardy have been outspoken about the blowup. Theron later said she genuinely was in concern for her safety and felt a woman mediator could alleviate much of the schism between herself and Hardy.

"It got to a place where it was kind of out of hand, and there was a sense that maybe sending a woman producer down could maybe equalize some of it, because I didn’t feel safe," Theron said. "I kind of put my foot down. (Director) George (Miller) then said, ‘Okay, well, if Denise comes…’ He was open to it and that kind of made me breathe a little bit because it felt like I would have another woman understanding what I was up against."

Hardy too later has admitted that he could have reacted better. "In hindsight, I was in over my head in many ways," Hardy said about the confrontation later. "The pressure on both of us was overwhelming at times. What she needed was a better, perhaps more experienced partner in me. … I’d like to think that now that I’m older and uglier, I could rise to that occasion."