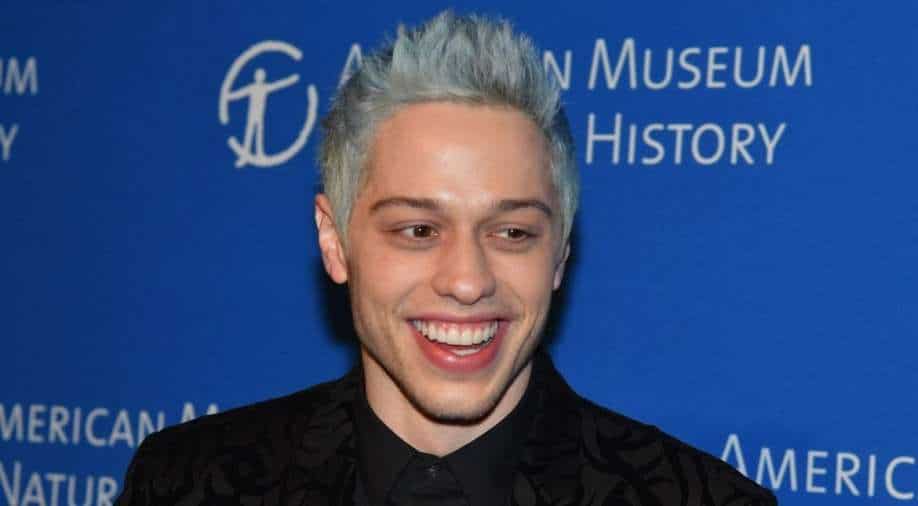 Davidson, who had no immediate comment on his selection, was reported to have been in discussions with Blue Origin earlier this month.

'Saturday Night Live' comic Pete Davidson has been confirmed as the next celebrity in line for a ride to the edge of space courtesy of Jeff Bezos` Blue Origin astro-tourism company, with his suborbital flight set for next week.

The 28-year-old comedian and boyfriend of socialite and reality TV star Kim Kardashian was announced by Blue Origin on Monday as an "honorary guest" joining five paying customers for the company`s fourth commercial flight since last summer.

Davidson, who had no immediate comment on his selection, was reported to have been in discussions with Blue Origin earlier this month.
His five fellow citizen astronauts-to-be are: angel investor Marty Allen, real estate veteran Marc Hagle and his wife Sharon Hagle, University of North Carolina professor Jim Kitchen and George Nield, founder-president of Commercial Space Technologies.

They are slated for liftoff on March 23 aboard Blue Origin's six-story-tall, fully autonomous spacecraft, dubbed New Shepard, from the company launch site outside the rural west Texas town of Van Horn.

The entire flight, from liftoff to touchdown, is expected to last a little over 10 minutes. The crew will experience a few minutes of weightlessness at the very apex of their suborbital joyride, some 350,000 feet (106 km) high, then will fall back to Earth for a parachute landing on the desert floor.

Davidson, a nine-year 'SNL' cast member who co-wrote and starred in the semi-autobiographical film 'The King of Staten Island,' is the latest of several celebrities chosen as non-paying promotional Blue Origin passengers.

He follows in the footsteps of 90-year-old 'Star Trek' actor William Shatner, whose October ride made him the oldest person ever to fly to space, and "Good Morning America" co-host Michael Strahan, a former NFL star. Strahan flew in December with 74-year-old Laura Shepard Churchley, eldest daughter of the late pioneering NASA astronaut Alan Shepard, for whom the Blue Origin rocketship is named.