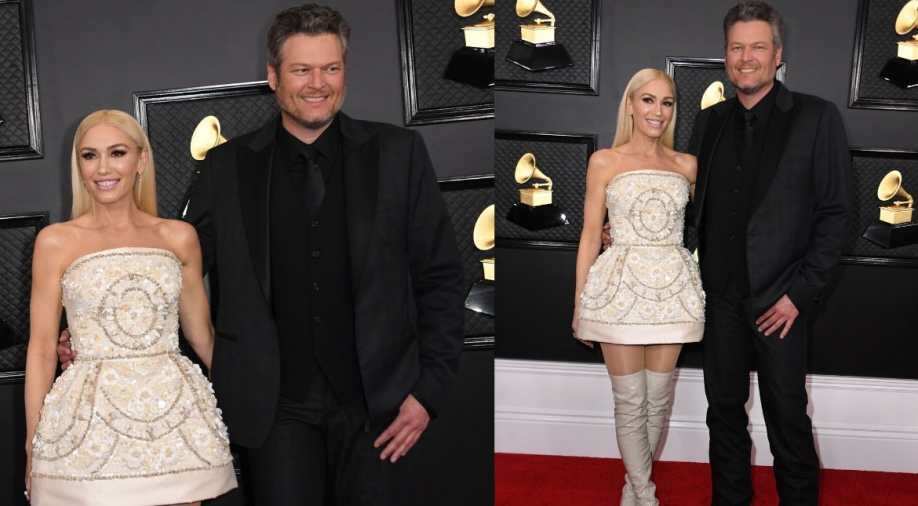 One of Hollywood`s most-talked-about couples may get married soon! Singer Blake Shelton had popped the big question to his lady love Gwen Stefani last October, but when is the duo walking down the aisle?

According to Shelton, it could happen this summer. As per Us Weekly, Shelton was a surprise guest host on the `Today` show`s "Hoda and Jenna" segment on Wednesday and opened up about his upcoming nuptials."I`m afraid if she and I wait until next November, then I`m right back into The Voice cycle again. And I really want to be able to have plenty of time before and after," Shelton told Hoda Kotb.

Gwen Stefani invites Ellen DeGeneres to be her maid of honour

Speaking about the tentative date plans, he said, "Hopefully this summer. I think we`re right here at the point with COVID, it looks like it might be OK, but I don`t know so that`s tentatively the plan."The `God`s Plan` singer noted that a summer ceremony is a tentative plan, joking that he and Stefani, will get married before Kotb, and her fiance, Joel Schiffman, walk down the aisle.

Shelton doesn`t have a definitive date set for his nuptials, but he does have a group of musicians hoping to play at the reception. Earlier this week, Adam Levine joked about performing at the wedding, saying on SiriusXM`s The Morning Mash Up on Monday, March 29, "I would love to.""It`s starting to sound like a Coachella lineup here all of a sudden," the `Austin` crooner joked on Wednesday.He added, "I`ve got all these superstars saying they`re going to do it. I hope so. I don`t know."

The singer explained that he would "love to be able to take everybody up on their offer and have this amazing concert wedding," but things are still up in the air with the pandemic restrictions.

"We`re just waiting every day like everybody else to see what our summer is going to look like and go from there," he added.

Once the duo gets hitched, Shelton said that is ready to take a step back from the limelight sooner rather than later. "We`ve both pretty much, you know, take it to the limit as far as our careers go and touring and now the television thing. It`s been fortunate to accomplish a lot of things, but hopefully, at some point, we`ll get a chance to live some life," he explained.

He added, "And I think we`re both ready for that, honestly. The older I get, the more I kind of feel like I`m starting to turn into a little bit of a hermit."Us Weekly confirmed Shelton and Stefani`s relationship in 2015 and the couple announced their engagement five years later.

A source exclusively told the outlet in January that Stefani, who was previously married to Gavin Rossdale and shares sons Kingston, Zuma, and Apollo with the 55-year-old rocker, was granted an annulment by the Catholic Church five years after their August 2015 split.