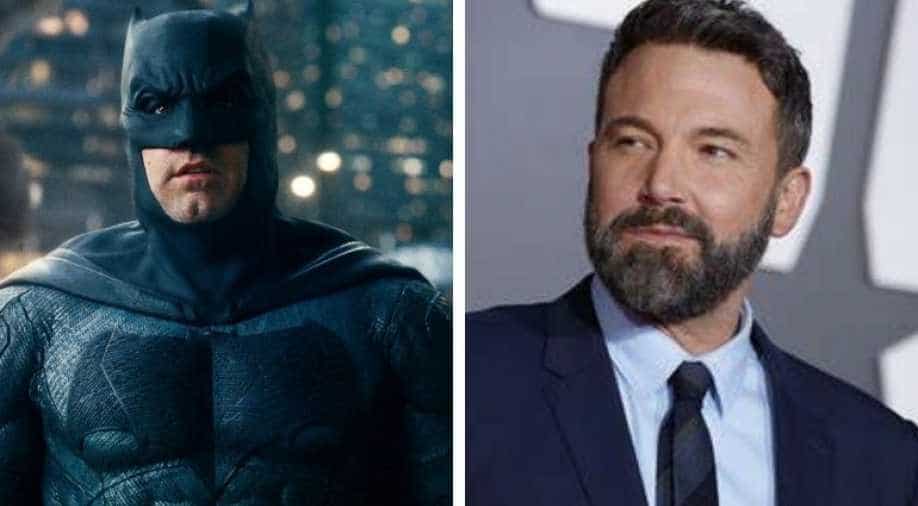 In a recent interview, Affleck revealed that Matt Damon had a role to play in him deciding to quit playing Batman on screen.

Ben Affleck has earned awards and accolades for several of his characters and films. But the actor received criticism for playing an older Batman in Zack Snyder's 'Batman v Superman: Dawn of Justice'.

Affleck was also part of 'Justice League' where he reprised his role once again as the caped superhero. The actor though had an army of supporters who felt he brought suave charm as Bruce Wayne.

Affleck recently sat down for an interview with his 'Good Will Hunting' co-writer and close friend Matt Damon. The two actors discussed their careers for a special spread for Entertainment Weekly.

‘This friendship has been essential and defining and so important to me in my life. There were a few critical times, which are private and I don’t want to share, but where your support was so profoundly meaningful to me that I don’t think I would’ve been able to be successful without it,’ Affleck said of his bond with Damon.

Affleck then revealed his struggles while filming 'Justice League' which had landed in trouble when Snyder quit the film midway and Joss Whedon stepped in to direct. Several actors on the film have over the years accused Whedon of abusive and unprofessional behaviour.

Affleck revealed that Damon had a role to play in him stepping down from the role and stepping away from his solo Batman project, which later cast Robert Pattinson as the superhero.

"I had a really nadir experience around 'Justice League' for a lot of different reasons. Not blaming anybody, there’s a lot of things that happened," he said.

"But really what it was is that I wasn’t happy. I didn’t like being there. I didn’t think it was interesting. And then some really sh*tty things, awful things happened. But, that’s when I was like, I’m not going to do that anymore. In fact, I talked to you about it and you were a principal influence on that decision. I want to do the things that would bring me joy."

Affleck then gave the example of his latest, 'The Last Duel, which wasn’t necessarily a box-office performer, but earned positive reviews and found an audience on Disney+.

"I had fun every day on this movie. I wasn’t the star, I wasn’t likeable. I was a villain. I wasn’t all the things I thought I was supposed to be when I started out and yet it was a wonderful experience. And it was all just stuff that came along that I wasn’t chasing," he said.