Will Smith pays tribute to Chadwick Boseman: You made us proud to be us 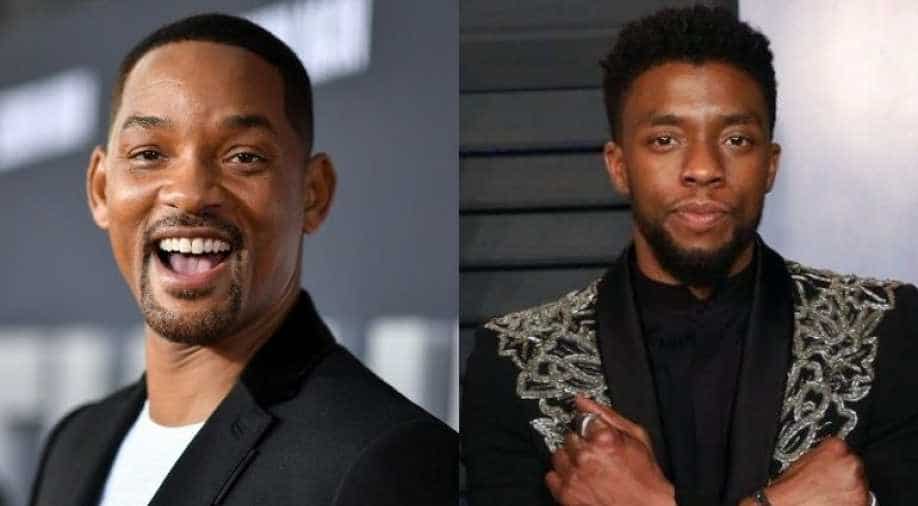 Boseman died at the age of 43 on Friday after a four-year-long battle with colon cancer. He is survived by his wife and his family.

Chadwick Boseman's death has left the world in mourning. Tributes and condolences have been pouring from actors, political leaders as well as sports stars from the 'Black Panther' star. Actor Will Smith, one of the most prominent African-American stars in Hollywood, too has paid his tribute to Boseman.

In a video tribute posted on Instagram, Smith said that "seeds of your magnificent contributions will be blossoming in our hearts forever."

The 'Men in Black' star thanked the Marvel`s stalwart for making them "proud" for who they are.

Boseman died at the age of 43 on Friday after a four-year-long battle with colon cancer. He is survived by his wife and his family.

Boseman rose to prominence after essaying the role of the real-life figures including Baseball Jackie Robinson in 2013`s 42 and American singer-songwriter James Brown in 2014`s `Get on Up`.

However, it was his role as `Balck Panther` in the 2018 hit film that defined his career and made a huge imprint on his fans.

In the movie, the late actor starred as the ruler of Wakanda, a fictional African nation with the most advanced technology.
A legion of his followers also took Twitter by storm as they poured in a condolence message, and summed up their love for him by tweeting 'Wakanda Forever'.