Will Smith, Kevin Hart to star in remake of 'Planes, Trains and Automobiles' 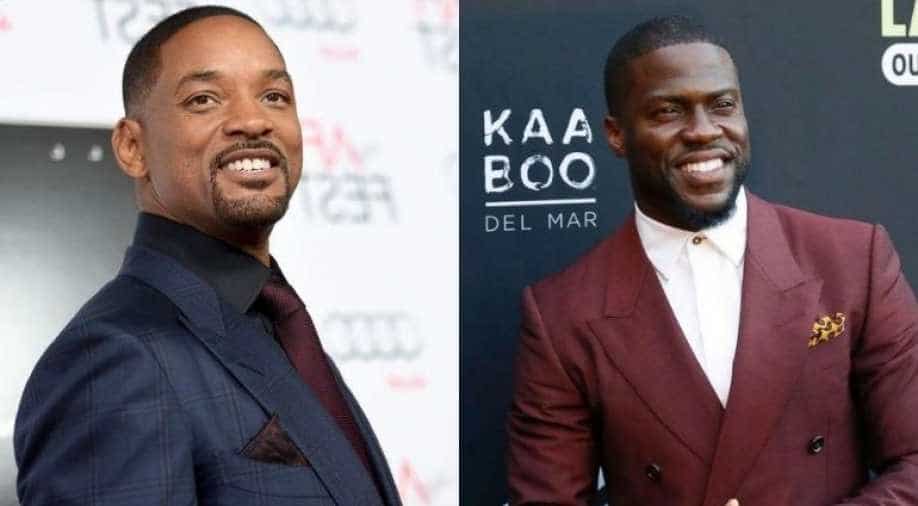 The original film made in 1987, was directed and written by John Hughes and had Steve Martin and John Candy in the leading roles.

Hollywood stars Will Smit and Kevin Hart are all set to play the lead in a remake of 'Planes, Trains and Automobiles' . The movie will be produced by Paramount Pictures and will be a modern take on the original story.

According to reports, 51-year-old Smith and Hart will star as two men that must team up to overcome obstacles to reach their loved ones.

The original film made in 1987, was directed and written by John Hughes and had Steve Martin and John Candy in the leading roles. Kevin Bacon also featured in a prominent role.

The remake will be written by Aeysha Carr, who has written episodes of `Brooklyn Nine-Nine` and `The Carmichael Show.'

The project will be her feature film writing debut. Hart and Smith`s production companies, HartBeat and Westbrook, respectively, are developing the movie, which will be produced by the actors and partners at their companies.

Hart was last seen in 2019`s `Jumanji: The Next Level` and Smith appeared in `Bad Boys for Life'. Smith's production company Westbrook reportedly reached a settlement in the lawsuit over the upcoming film `King Richard,` in which the actor plays Richard Williams, father to tennis icons Venus and Serena Williams.