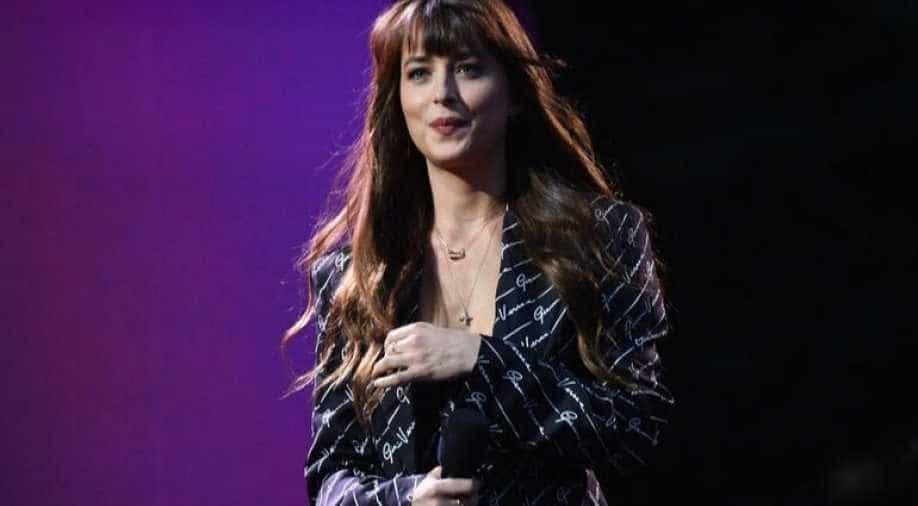 Dakota Johnson started trending on Twitter on Thursday as fans analysed a 2017 interview of the actress where she spoke about her sexuality.

'50 Shades of Grey' actress Dakota Johnson is in news. Not for a new film but for an old interview that has made fans speculate her sexuality.

Johnson, 30, started trending on Twitter on Thursday as fans analysed a 2017 interview of the actress where she spoke about her sexuality.

In the interview, Dakota said, "I’ve been in a phase of my life where I’m fascinated by young women coming to terms with their sexuality. I guess, by proxy, I have been experiencing that in my own life, and it’s very interesting to me.'

The actress then discussed her breakup with her ex-boyfriend, Drowners singer Matthew Hitt, who she dated for almost two years.

The interview has now been shared multiple times on Tiwtter with fans stating that Johnson was hinting at her sexual preference.

''The fact that Dakota Johnson is bisexual just completed my whole life and gave it purpose," one fan wrote.

The actress is now in a relationship with Coldplay front,an Chris Martin. She is yet to respond to the online speculation.